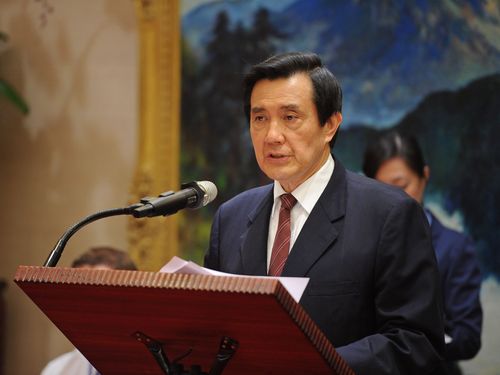 As the Apache controversy aggravated, there are series of scandals involving almost all branches of the armed forces such as the sexual harassment case in the navy air force and a snap shot of American’s F-18 by hidden camera. The series of incidents has brought President Ma Ying-Jeou’s attention to the disciplinary problems within the military.

Minister of National Defense, Kao Kuang-Chi, called an emergency meeting with generals and directors of various branches yesterday. He called for disciplinary action to be taken against military personnel who violate the rules of ethics and integrity, and for them to be placed on a list for possible expulsion from military service.

Moreover, Presidential Office spokesman Charles Chen said Ma has always emphasized the importance of maintaining military discipline and is "highly concerned" about the recent incident that has dealt a blow to the military's image.
He said Ma has asked the defense ministry to launch an immediate review of the ongoing management and disciplinary problems within the country’s military.

Chief of the General Staff Gen. Yen De-Fa has issued a directive for a comprehensive review of discipline in Taiwan's armed forces, a process that will be carried out nationwide Tuesday. During Tuesday's sessions, the heads of all military departments and units will reiterate the military's rules and guidelines of interior management, gender relations and information security, and will review recent lapses in discipline.

In another recent case, Army Commander Yang Chia-chih, who was stationed in Dongyin Island, was removed from his post last week for alleged sexual harassment of female officers. Additionally, a company commander of the 8th Army Command was accused of sexual harassment in a case that surfaced on Sunday. Those incidents, along with allegations of a volunteer Navy sailor going on a drinking spree on a military base, have drawn public criticisms of loose military security.

The review on discipline is the first nationwide action since 1949, when Republic of China government relocated to Taiwan from mainland China after losing a civil war against communist China.