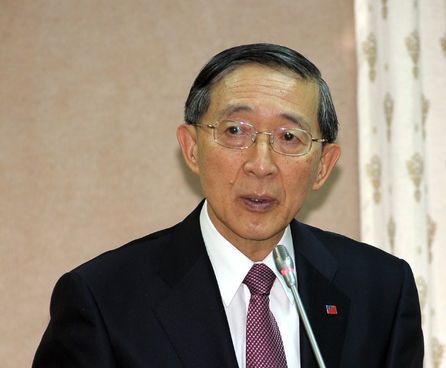 TAIPEI (Taiwan News) – The Ministry of Foreign Affairs sent out Taiwan’s letter of intent to join the Asian Infrastructure Investment Bank at 7 p.m. Tuesday, Foreign Minister David Lin said.
Former Vice President Vincent Siew told China’s President Xi Jinping at the Boao Forum for Asia last Saturday that, just like about 40 other nations, Taiwan was interested in joining the bank, but critics said Ma had already decided on the project before then without talking to the Executive Yuan.
Premier Mao Chi-kuo told legislators he had seen a draft of the letter of intent on Monday evening. Tuesday was the deadline to apply to become a founding member of the bank.
The government’s move followed a full day of squabbling and negotiations, mostly at the Legislative Yuan.
Lawmakers decided during the day that Taiwan should directly apply for membership with the AIIB itself instead of going through the Chinese government after allegations that President Ma Ying-jeou had decided Taiwan should join without consulting the Cabinet.
Initially, the government had reportedly decided that the Mainland Affairs Council should apply with its Chinese counterpart, the Taiwan Affairs Office, to join the new bank, which is a project launched by Beijing.
However, after discussions and disputes Tuesday morning, the Legislative Yuan decided that Taiwan should go straight to the AIIB’s preparatory office to file an application.
Responding to questions from lawmakers, MAC Minister Andrew Hsia said Taiwan had not officially launched its application for membership yet.
The legislative decision called on the government not to allow Taiwan to be treated any less than any other applicants, and that the issues and results of negotiations about AIIB membership should be reported to the relevant committees at the Legislature.
The issue became the focus of interest at the start of the Legislative Yuan’s work day Tuesday morning when the three members of the Taiwan Solidarity Union occupied the podium and prevented normal work from proceeding.
In addition to the AIIB dispute, the lawmakers also protested against the government’s acquiescence to China’s opening of the M503 fly route near the median line of the Taiwan Straits.
“Joining the AIIB – no supervision by the Legislature” and “Joining the AIIB – Ma is using the black box again” read two placards held up by TSU members. The “black box” is a reference to doing things in the dark without telling or asking anyone, which opposition critics have often accused Ma of doing in the case of relations with China.
The TSU action forced Premier Mao and his Cabinet to remain seated inside the Legislature instead of mounting the podium to reply to questions from lawmakers.
Members of the ruling Kuomintang tried to dislodge the TSU caucus from the podium and the microphones, provoking scuffles often seen at the Legislative Yuan.