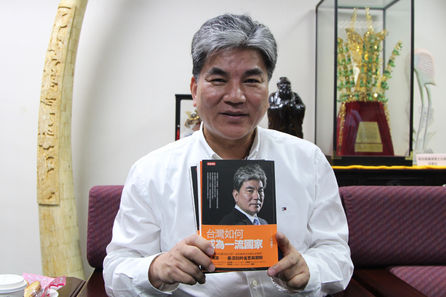 TAIPEI (Taiwan News) – Former Interior Minister Lee Hong-yuan called on the Kuomintang Tuesday to hurry up with the selection of its presidential candidate, though he stayed aloof when asked about his own possible role.
Lee has frequently been mentioned as a potential dark horse in the race for the January 16 election, which is seen by many as opposition Democratic Progressive Party Chairwoman Tsai Ing-wen’s to lose.
Attending a Legislative Yuan seminar about the current drought, he was asked for his intentions for the presidential poll. Any kind of possibility was open, he was quoted as saying about his role in the election campaign.
If the 2016 election was not about what the Taiwanese people had to do, but about who should be president, then he could help do the fortune telling for the next leader and say he would turn into another President Ma Ying-jeou within one year, Lee said. The reference to Ma was thought to be alluding to his dismal support level of around 13 percent which persisted during most of his second and final term.
If the country’s problems are not solved, the disaffection from Taiwan’s youth will only grow stronger, Lee warned.
He added that he was not looking for a major government position, but only wanted to help solve the country’s problems. Lee reportedly also complained that he found it hard to communicate with the government about issues related to the current drought or to energy policies.
The former minister has an engineering background and served as vice mayor of New Taipei City before joining the central government. He became a target for tabloid attention during a rumored affair with independent lawmaker Kao Chin Su-mei, a former actress who starred in the Ang Lee movie “The Wedding Banquet.”
KMT Chairman Eric Liluan Chu on Tuesday again reiterated his insistence on sitting out his final term as mayor of New Taipei City, which lasts until December 2018.
Other potential contenders for the ruling party nomination include Vice President Wu Den-yih, Legislative Speaker Wang Jin-pyng and former Taipei City Mayor Hau Lung-bin. Wang’s deputy, Hung Hsiu-chu, said she would announce a bid of her own if the other contenders did not emerge soon.
KMT officials have insisted that the regular selection process begins in April and ends in June.