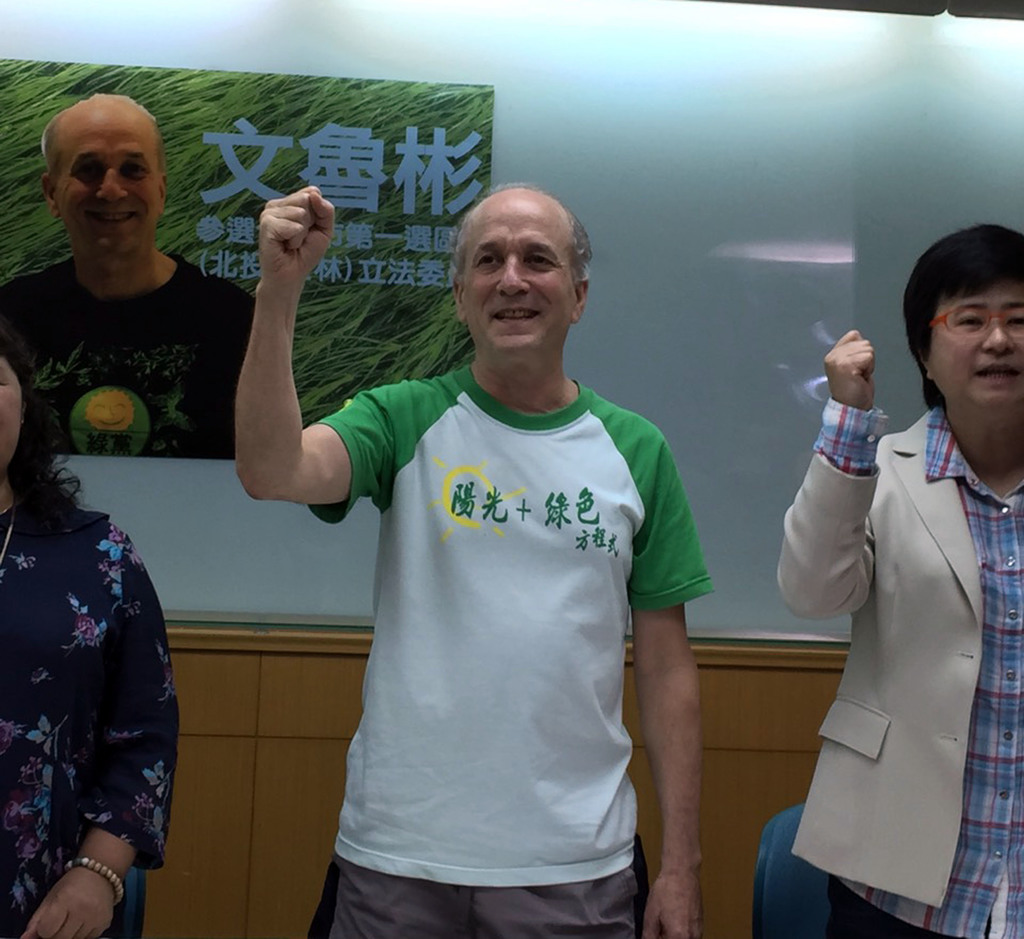 TAIPEI (Taiwan News) – Naturalized environmental attorney Robin Winkler and China democracy activist Wu’er Kaixi announced separately Tuesday they were running for seats in the Legislative Yuan.
As Taiwanese law requires, both dropped their original nationalities more than 10 years ago, which will allow them to stand for the January 16 elections.
Winkler, 60, a prominent environmentalist, said he wanted to contest the Green Party nomination for the seat covering the districts of Beitou and Shilin in Taipei City. If he succeeds, he will be the first legislative candidate of non-Asian origin, reports said.
Winkler arrived in Taiwan in 1977 and later married a prominent Taiwanese publisher. He gave up his United States citizenship in 2003 to obtain a Republic of China passport.
In 2009, he announced a bid to run for legislator in the capital’s Daan District, but was informed by the Central Election Commission that there was a 10-year waiting period before a new citizen could run for public office.
At the news conference announcing his latest bid Tuesday, Winkler reportedly named an ending to nuclear power in Taiwan, social justice, non-violence, an environmental basic law and sustainable development in general as some of his major themes.
Later in the day, Tiananmen student leader Wu’er Kaixi, 47, also announced he was planning to run for a legislative seat in Taichung City, the Chinese-language United Evening News reported.
He said he had been a Taiwanese citizen since 1999, so the time limit would be no problem. Last December, he announced a legislative campaign bid for a by-election in the seat vacated by new Taichung Mayor Lin Chia-lung, but later decided not to run.