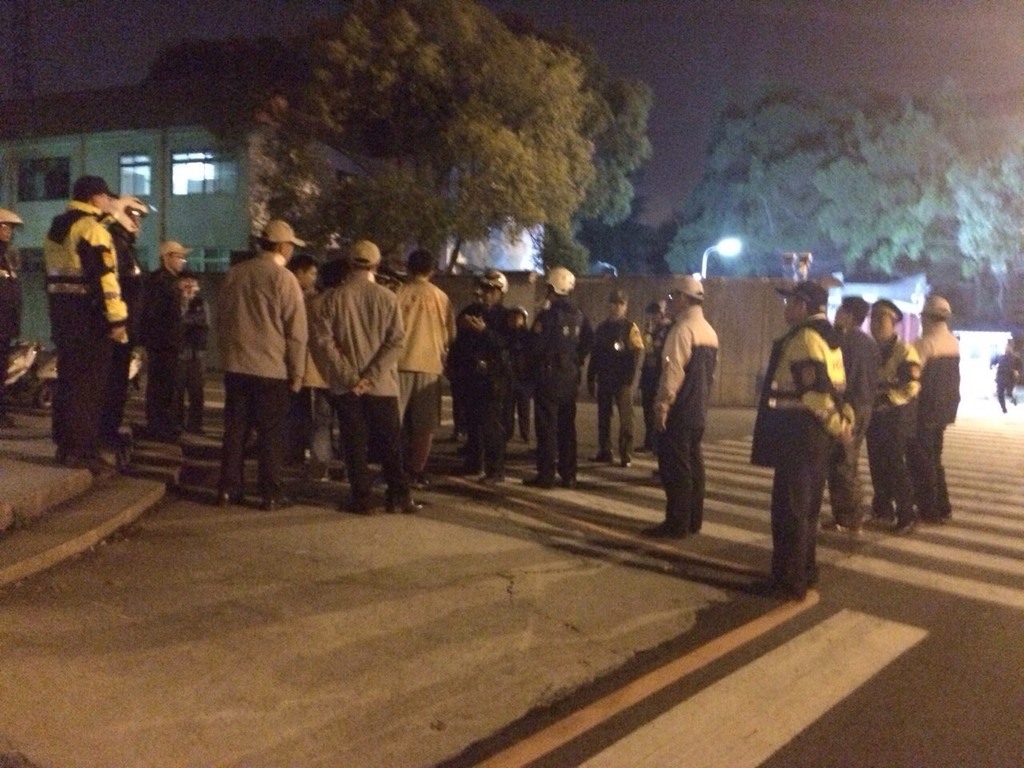 The incident occurred as 12 protesters gathered outside the residence on Friday night. All 12 protesters were immediately arrested by police.

They were from the pro-independence Taiwan Solidarity Union and had originally planned to attack the Executive Yuan or Presidential Office that night. Their attempts, however, were unsuccessful because the police had obtained related information in advance and heightened their alert.

At around 11:50 p.m., the protesters gathered in front of Ma's official residence, located near the Presidential Office, and began to splash red paint on one of the gates.

China is set to launch the M503 -- a north-south commercial flight route close to the median line of the Taiwan Strait -- on March 29. Taiwan's aviation and other authorities had initially opposed the plan, which had included three east-west routes as well, saying the path was located too close to Taiwan and could pose safety risks for Taiwanese commercial flights.

However, after recent consultation between the two sides, Taiwan's government said Beijing had agreed to cancel the east-west routes and move the north-south path closer to China. Chinese authorities had asked for Taiwan's understanding, saying the path was necessary to meet the traffic congestion that has arisen from the strong demand for air travel along coastal China.

The protesters, however, accused the Ma administration of failing to protect Taiwan's national security and failing to block China's plan.

Chen said Taiwan is a democratic country ruled by law, where any political appeals should be made rationally and peacefully. (By Hsu Jui-cheng and Y.F. Low)