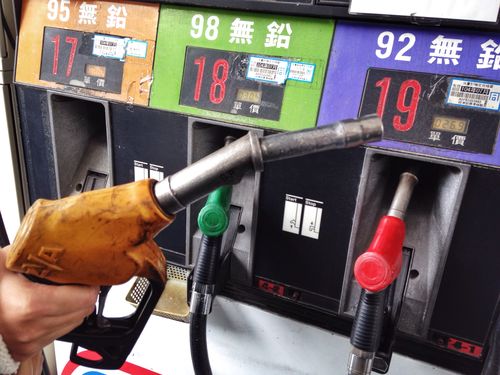 Taipei, March 27 (CNA) Gasoline and diesel prices in Taiwan are likely to rise next week in reflection of rebounding international crude prices amid a geopolitical crisis, market sources said Friday.
Based on a floating pricing mechanism used by state-owned oil supplier CPC Corp., domestic fuel prices may rise by NT$0.5 (US$0.02) per litter next week, after two weeks of cuts, the sources said.
CPC adjusts domestic fuel prices on a weekly basis based on a weighted oil price formula consisting of 70 percent Dubai crude and 30 percent Brent crude.
The forecast of a domestic fuel price hike next week largely reflected a spike in international crude oil prices amid fears over escalating tensions in the Middle East after Saudi Arabia and its allies launched a military campaign in neighboring Yemen, market analysts said.
The crisis in Yemen triggered concerns about the security of the global crude oil supply, analysts said. On Thursday, international crude oil prices registered the biggest increase in about one month. Brent oil prices rose more than 4 percent to US$59 a barrel in Europe, while West Texas Intermediate crude trading in New York jumped 4 percent to more than US$51 a barrel.
The price of a barrel of crude oil under the CPC's weekly pricing formula was US$54.18 as of March 26, up from US$51.90 the previous week, according to CPC's website.
If the hike is implemented, prices at the pump will rise to NT$22.2 per liter for super diesel, NT$24.2 per liter for 92 octane unleaded gasoline, NT$25.7 per liter for 95 octane unleaded gasoline and NT$27.7 per liter for 98 octane unleaded gasoline.
CPC is scheduled to announce its new fuel prices Sunday at noon.

(By Huang Chiao-wen and Frances Huang)