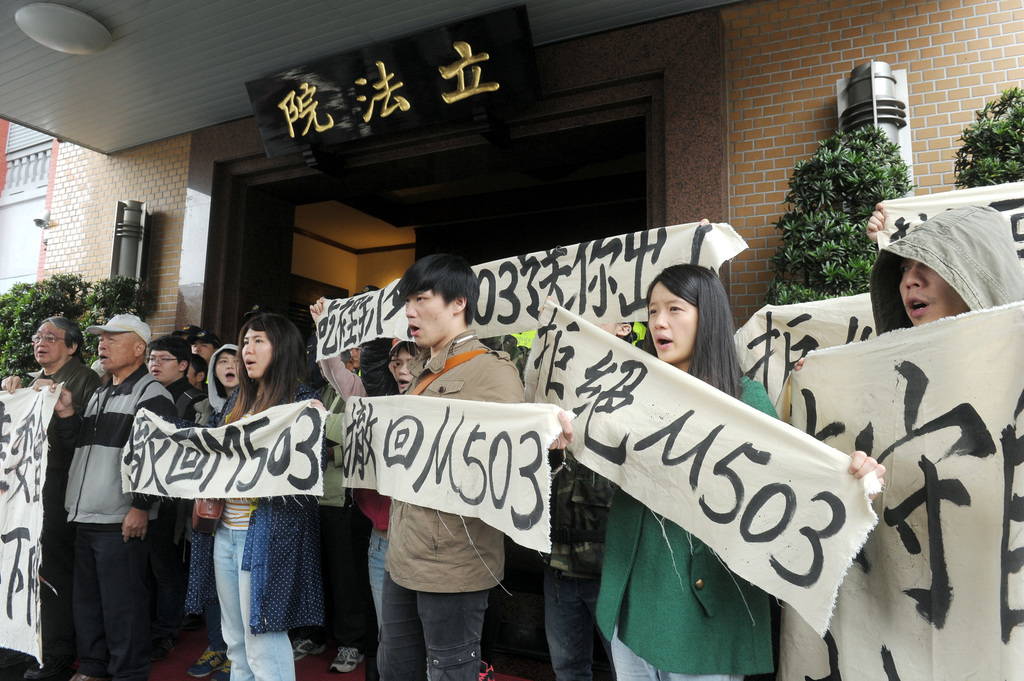 TAIPEI (Taiwan News) – Police removed students from the Legislative Yuan Friday morning after a protest against the launch by China of a new air route close to the median line over the Taiwan Straits.
The route, known as M503, provoked concern in Taiwan that Chinese military aircraft could use it as cover for an assault on the island, but the government stopped its protest after Beijing agreed to move it some 6 nautical miles to the west. The route will be officially launched on March 29.
Following a protest outside the Mainland Affairs Council on Thursday, opponents of the route managed to enter the Legislative Yuan compound at around 10 a.m. Friday, in an echo of the massive occupation of the area by students in March-April last year.
Police showed placards with warnings that the protest was illegal, but the participants failed to heed the message and were carried away one by one around 11:30 a.m., reports said.
The protesters demanded the abolition of the M503 route and a meeting with MAC Minister Andrew Hsia. They complained about police violence and harassment during their removal.
If the MAC did not give an acceptable reply to the demands, the protesters said they could not exclude an escalation of their actions.
Last year’s occupation of the Legislature was triggered by a ruling Kuomintang lawmaker who did away with a government promise for a thorough review of a trade-in-services pact with China.
Beijing’s unilateral decision to launch the M503 route was a serious infraction of Taiwan’s sovereignty and security, critics said, accusing the administration of President Ma Ying-jeou of again being too lenient toward China’s demands.