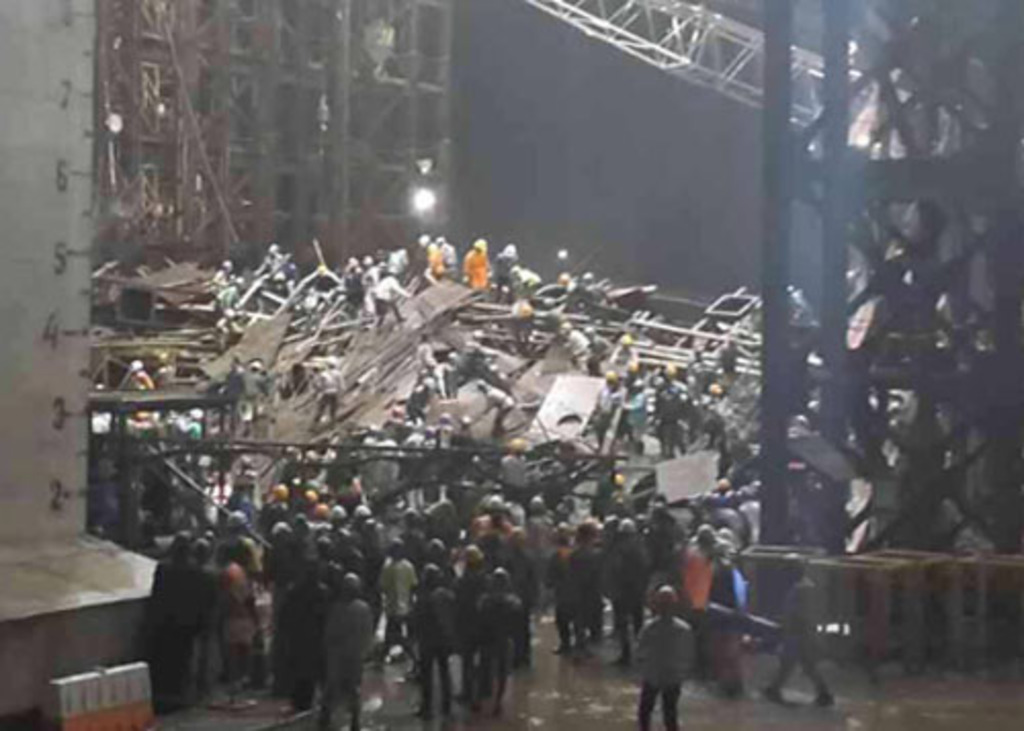 Hanoi, March 26 (CNA) At least 14 people were killed and 30 injured in a scaffold collapse in a steel complex that has investment from Taiwan-based conglomerate Formosa Plastics Group, media in the Southeast Asian country reported early Thursday.
According to the reports, the accident occurred in the FPG steel plant located in the Vung Ang Economic Zone in Ha Tinh Province, central Vietnam, at around 8 p.m. the previous day when workers were building the scaffolding, which stood 30-40 meters high.
After the collapse, dozens of workers were sent to a hospital for treatment. All of the victims are Vietnamese, the report said.
It said that the Vietnamese authorities had dispatched hundreds of police and military personnel to find survivors at the site, where about 100 other workers remained trapped in the rubble after the collapse. The rescue work is still under way, the report said.
In Taipei, FPG said the group is meeting to discuss how to deal with the incident and will meet the press or issue a news release to provide more details.

(By Pan Chi-I and Frances Huang)