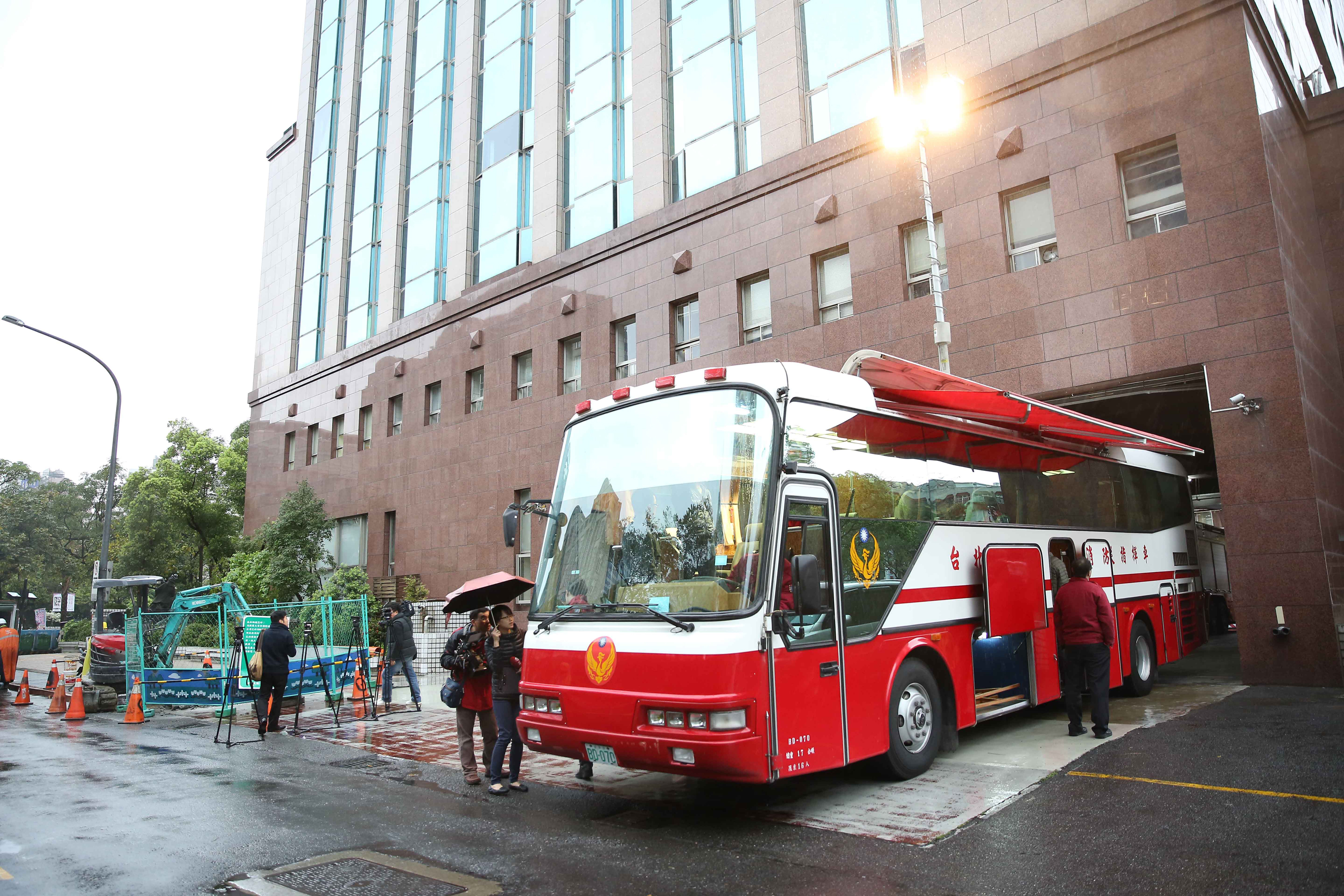 One result of the TransAsia Airlines crash on February 4 was the discovery that the city did not have a viable system for setting up a communications and command center at the site of the incident. The city’s Fire Department does have a vehicle that was originally purchased for such an occasion, but after many years of disuse and neglect many of its systems were found to be of no use.

Taipei Mayor Wen-Je Ko visited the city’s relief headquarters Monday morning to check on the command vehicle. He learned that the vehicle and its equipment are ageing and cannot meet the needs of Taipei city. He noted that the vehicle has only been used once, for a period of two day, during the 14 years since it was acquired and has asked the Fire Department to evaluate the situation in order to determine whether a replacement should be ordered.

Wang Cheng-hsiung, head of the Taipei City Fire Department Rescue and Disaster Division, says that the command vehicle was purchased following the September 21 earthquake in 1999. That disaster pointed up the need to have a vehicle with systems that can be used to act as a mobile forward command post at disaster sites. The relief headquarters also boasts a large command vehicle which has been used 27 times and a medium-sized one which has been used 55 times during major disasters, mostly in the Taipei area. The vehicles have also been used in training drills and for publicity purposes.

As for the largest control vehicle, the only time it was pressed into use was in 2010 when a tour bus overturned in Ilan. On that occasion the vehicle remained on station for two days to support rescue operations at the site of the accident. Rescue workers soon discovered that much of the vehicle’s equipment was already either out-of-date or incompatible with systems being used, and turned instead to smaller vehicles that can be used more often in disaster support roles.

The large-scale disaster relief command vehicle utilizes a conventional tour bus body but is equipped with special equipment including satellite navigation, satellite phones, portable lighting, projectors, folding tables and other systems. The forward area of the interior provides seating for six staffers while the rear half offers a meeting area with 10 seats as well as a double bed and a small bathroom. There are also a roof-mounted video surveillance system and fax machines, but they are now outdated and unusable.

Mayor Ko said that when the TransAsia Airlines plane went down relief workers needed to quickly establish a command center on the river bank and asked the Fire Department for help, but were told that the command vehicle had almost never been used. When the mayor carried out his inspection Monday he found that there is no separate generator, meaning that when the vehicle’s engine is not running the lights and air conditioning cannot be used.

The large-scale disaster relief vehicle command vehicle was purchased by the Taipei City Government during the administration of Ma Ying-jeou at a cost of NT$15 million. It has already passed its projected useful life of ten years and the Fire Department now includes it in its annual review of vehicles and equipment. The vehicle is expected to be de-commissioned next year and will either be transferred to another unit for use or put up for auction on the Internet.