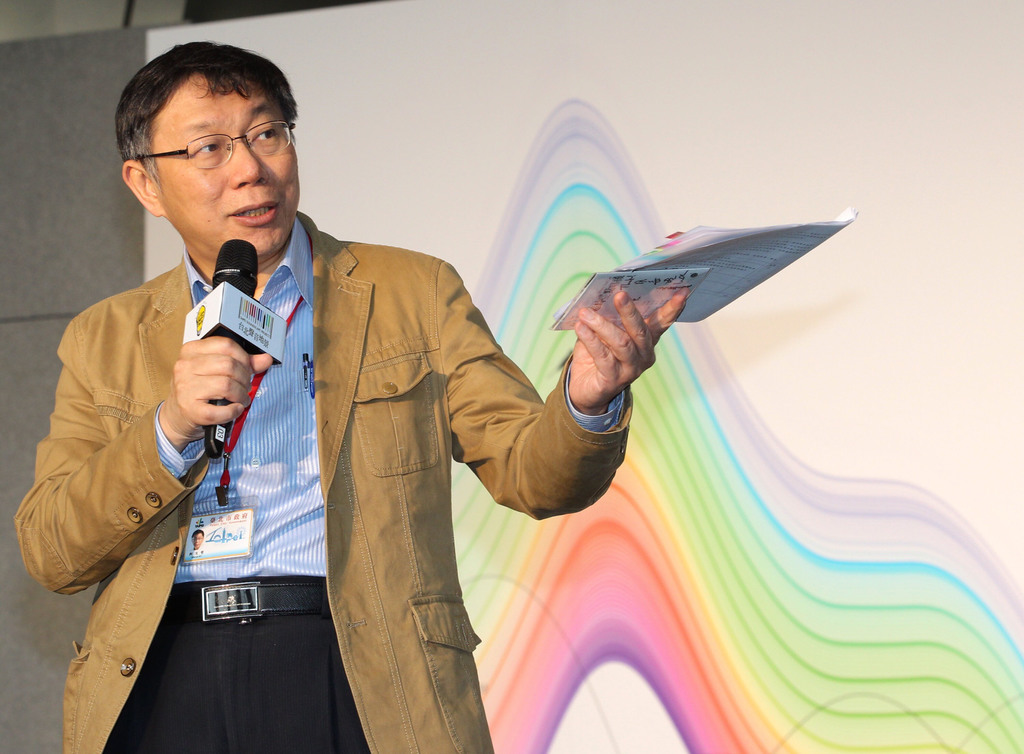 TAIPEI (Taiwan News) – According to an opinion poll released by the Chinese-language Apple Daily Tuesday, Taipei City Mayor Ko Wen-je could count on the approval of 75 percent of citizens.
The outspoken mayor took office on December 25 and is approaching his 100th day in charge, which he set as a deadline for people to judge him.
The policies which gained the biggest support were his order to demolish illegal structures and his promotion of public housing.
Satisfaction with Ko’s performance in power had risen from 68.6 percent one month after he was sworn in to 75.26 percent now, the Apple Daily poll revealed. The campaign against illegal structures won the approval of 80 percent of survey respondents, with only 11 percent opposing the measure.
The policy to provide more social housing received a support level of 70.4 percent, while 20.37 percent were dissatisfied.
A total of 69 percent approved of Ko’s decision to demand a renegotiation of the contract with the Farglory Group for the construction of the Taipei Dome, while 23 percent opposed the mayor’s actions.
Responding to the Apple Daily poll results, Ko said he thanked all city government employees, because they had worked hard.
The mayor said that over the past three months, his administration had succeeded in saving NT$600 million (US$19 million), but that if investigations had been more thorough, it would have been able to save even more.
Ko introduced several measures which helped raise more funds, including the abolition of free use of bicycles and a rise in the price of school meals.