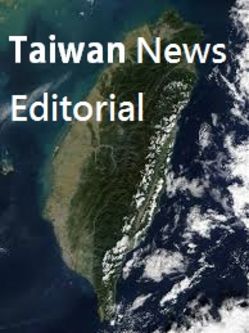 China is now the world’s second-largest economy, and recently the PRC government has taken steps to bring its laws and regulations involving international trade, investment and other aspects of economic activity into line with accepted practices in the rest of the world. One step in this trend was the passage of Guofa No. 62 by the State Council, a measure intended to put an end to preferential treatment offered by local governments to attract investors from overseas.

Guofa No. 62 will have a far-reaching effect on foreign-invested businesses already operating in China. Many of these companies have benefitted from advantages such as land deals at below-market prices, tax breaks and even direct subsidies to help boost profits for investors. The approach grew out of competition between various regions in China to attract capital as the cost of operating in areas along the coast rose with better wages and higher prices for land and utilities, and investors began to look at opportunities being offered farther inland in China.

Guofa No.62 will cut or even eliminate many of the benefits and subsidies that foreign companies, including those invested by Taiwanese entrepreneurs, have received from local governments in the past. In the future, all such matters will be handled by the central government instead of local governments. The law instructs local governments to evaluate their policies toward investors and make adjustments where needed, with detailed reports to the central government on the actions they have taken. It stipulates that existing local incentives that violate state laws must be abolished, while incentives that are not in violation of state laws and are considered essential to the local government must receive approval from the State Council. And the timeframe is tight. The law was announced December 9, 2014, and the deadline for compliance is only a week away now – March 31.

In issuing the law, the State Council laid out the justification for its move. It noted that “some preferential policies for taxation and other aspects have disturbed the market order, affected the effects of the macro-adjustment and control policies of the state, and even are likely to violate China's commitments to foreign countries and give rise to international trade conflicts.”

To address these problems, the State Council put together Guofa No. 62 as a part of its efforts to ensure a fair and competitive business environment, allow the market to play a role in resource allocation, break up regional protection and industrial monopolies, enforce financial and economic discipline and fight corruption, and establish a budget system that is comprehensive, standardized, open and transparent.

Guofa No. 62 will obviously impact the bottom lines of Taiwan businesses operating in China, and several business associations in Taiwan have expressed their concern over the implications of the law on Taiwan-invested companies, some of which have been in business there for nearly two decades.

Six business associations including the Chinese National Federation of Industries (CNFI), the General Chamber of Commerce of the Republic of China, the Taiwan Electrical and Electronic Manufacturers' Association (TEEMA), the Chinese National Association of Industry and Commerce of Taiwan sent a petition to President Xi Jinping and the Taiwan Affairs Office (TAO) March 10, urging them not to cancel advantages and subsidies that have helped foreign-owned companies remain competitive in the Chinese market.

The TAO and China’s Ministry of Finance, the National Development and Reform Commission and other relevant authorities are said to be reviewing the Taiwan associations’ petitions to study the impact on Taiwanese businesses and how it might be mitigated.

In addition, former Taichung Mayor Jason Hu, who is now a vice-chairman at Want Want Holdings, made an appearance March 21 at the China Development Forum 2015 at Diaoyutai State Guesthouse in Beijing to express concern over Guofa No. 62. He urged the government to help Taiwan's entrepreneurs survive in China under the principle of ‘mutual interest,’ saying that such actions would be extremely helpful in the continued course of cross-strait development

Hu pointed out that cross-strait relations are a work in progress, and China must take into account the difference in size between the industries and markets of China and Taiwan as well as the give-and-take involved in investment and trade between the two sides. Somewhat hat in hand, Hu – the only person from Taiwan present at the China Development Forum – said the government should remember that “the two sides of the strait are all one family,” asking it to take steps to ensure that Taiwanese businessmen in China will feel at ease. Hu called on TAO Director Zhang Zhijun and ARATS chief Chen Deming in particular to pay attention to the interests of Taiwanese investors and businesses operating in China.

All of this comes as China is looking for bigger fish to fry. As part of its drive to assert itself as the second most powerful economy in the world, China is putting together the Asian Infrastructure Investment Bank (AIIB), which is intended to serve as an alternative to the International Monetary Fund (IMF), World Bank and Asian Development Bank, which it claims are dominated by American, European and Japanese interests.

The first word in AIIB’s title is instructive, and indeed it has naturally drawn the interest of many nations in the Asian region. But it is also attracting many countries in other areas including the Middle East and Europe. 21 countries signed an agreement setting up the bank on October 24, 2014, and many others have indicated they will also climb on board, notably European nations such as Germany, Britain, France and Italy.

China’s success in attracting members to the AIIB is partly the result of disaffection with the economic policies of the US. Negotiations between European nations and the US have been frustrated by the slow response of the US Congress in approving reforms of voting rights and other areas in the IMF which would give China and other emerging powers a greater say in the global economic system.

The US claims that it has not actively discouraged countries from joining AIIB, but at the same time it questions whether the new organization will observe sufficiently high standards of governance and environmental and social safeguards. The foreign and finance ministers of Germany, France and Italy have issued a joint statement saying that in joining AIIB they would work to ensure it "follows the best standards and practices in terms of governance, safeguards, debt and procurement policies."

For Taiwan, the formation of AIIB is an ominous warning that China will be looking farther afield in its economic activities in the future, meaning that businesses and investors from Taiwan may well be overlooked.

If that is the case, the Ma government must do all that it can to protect the interests of Taiwan businesses already operating in China while ensuring that others who are considering investing on the other side of the strait are fully aware that the playing field is being leveled and other players will benefit from the effects of Guofa No. 62. With that in mind, Taiwanese businesses looking to expand overseas will need to factor in the anticipated effects of the new law in calculating their plans for investment.