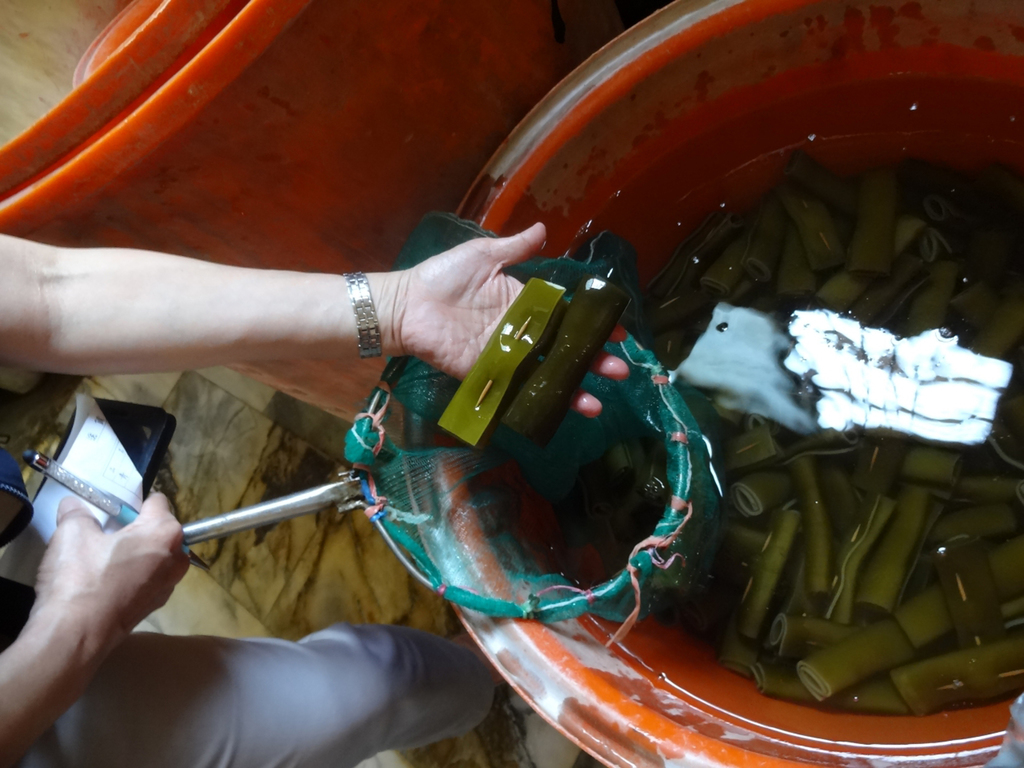 Some 40 metric tons of the seaweed products have reportedly made their way into various traditional markets in the southern port city through 49 vendors.

Public health authorities in Kaohsiung are seeking to fine a couple identified only by their surname Pan who have engaged in processing seaweed products over the past 10 years.

To prevent the couple from divesting their assets to avoid paying fines, Kaohsiung prosecutor Lo Shui-lang requested financial institutions to freeze the couple's bank accounts with total deposits of more than NT$9.2 million. Public health authorities recently discovered that industrial-grade additives from a chemical processing company in Pingtung County had flowed into the food processing sector.

Lo along with police officers and heath officials then raided the Pan family's residence in Fengshan, Kaohsiung and seized 53 kilograms of ammonium carbonate and a batch of seaweed soaked in the solution.

The couple reportedly soaked dried seaweed in the solutions before packaging them to soften their fibers.

Investigators estimated that the factory processed about 3.6 metric tons of seaweed per month, and about 40 metric tons have been sold in Kaohsiung markets since last April.

Public health authorities have launched inspections of the 49 vendors involved in selling the products, which has led to the removal of 154 kilograms of the potentially tainted products.

Prosecutors said consuming seaweed soaked in the solutions could pose a danger to human health because it could harm a person's liver or kidney functions. (By Chang Che-fon and Evelyn Kao)