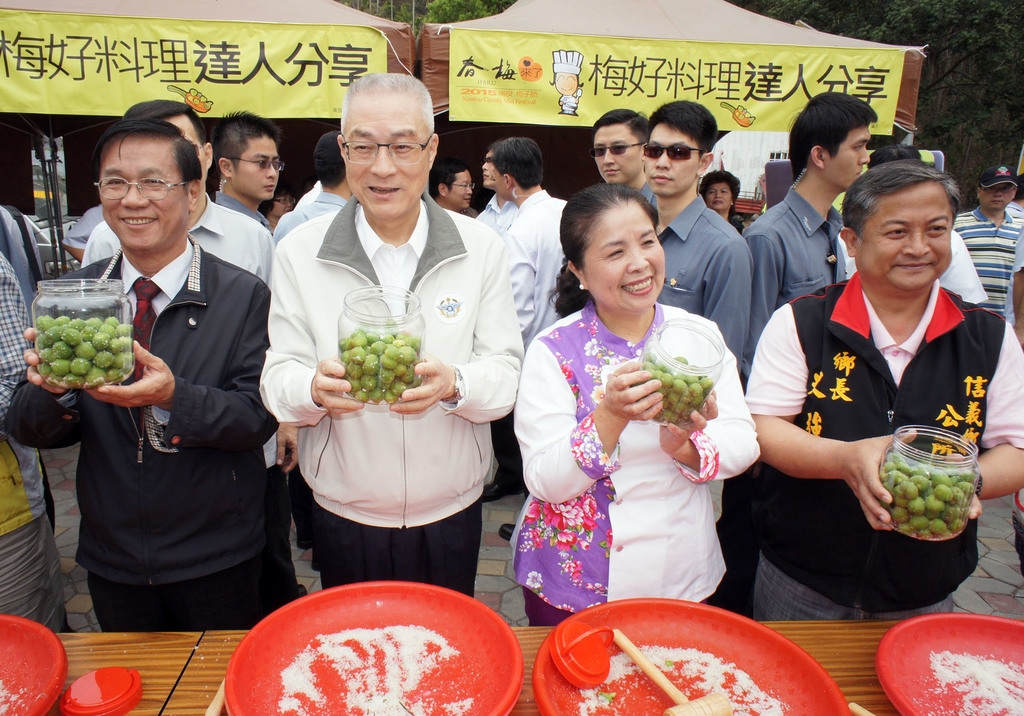 Nantou County Magistrate Lin Ming-chen said that plums were the main crop in Nantou County. With number 1 ranking in plum production within the country, producing more than 20,000 tons of plum annually, Nantou’s Xinyi town was given the name of “Plum Town,” Lin added.

There were more than thousands of people joining the festival this year to making pickled plums. Long lines of people queued up for all the dishes made by plums, such as plum sushi, and plum chicken.

Lin stressed that the plum is a tasty and healthy fruit, so it is good for making many kinds of products. Other plum products, such as crisp plum, springy plum, plum wine, vinegar and essence of plum were recommended by Sinyi Township Farmer Association as well.