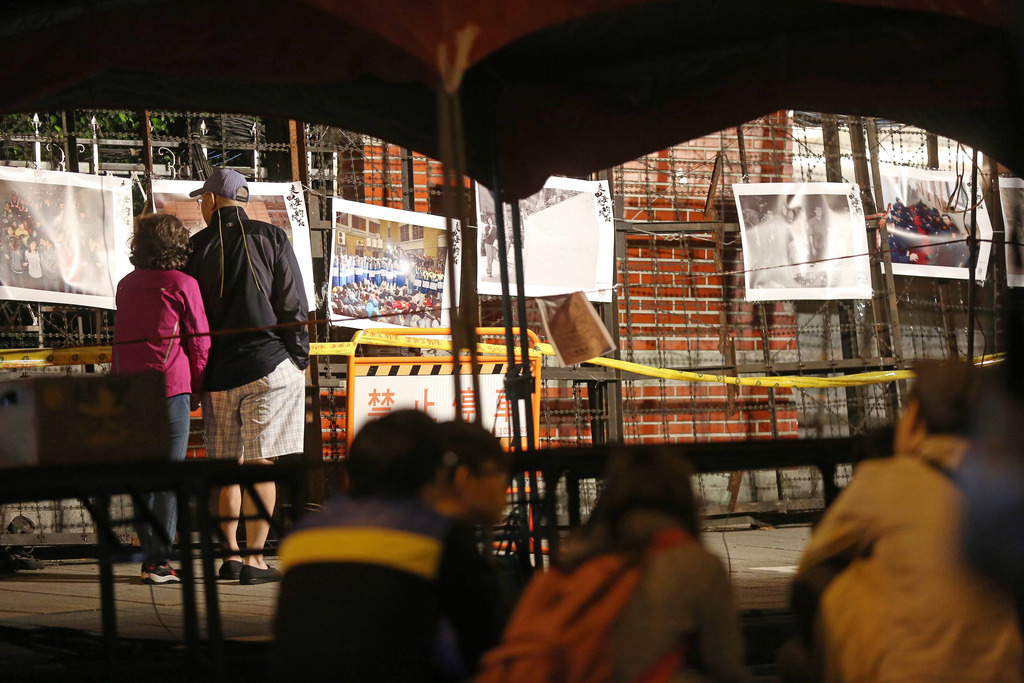 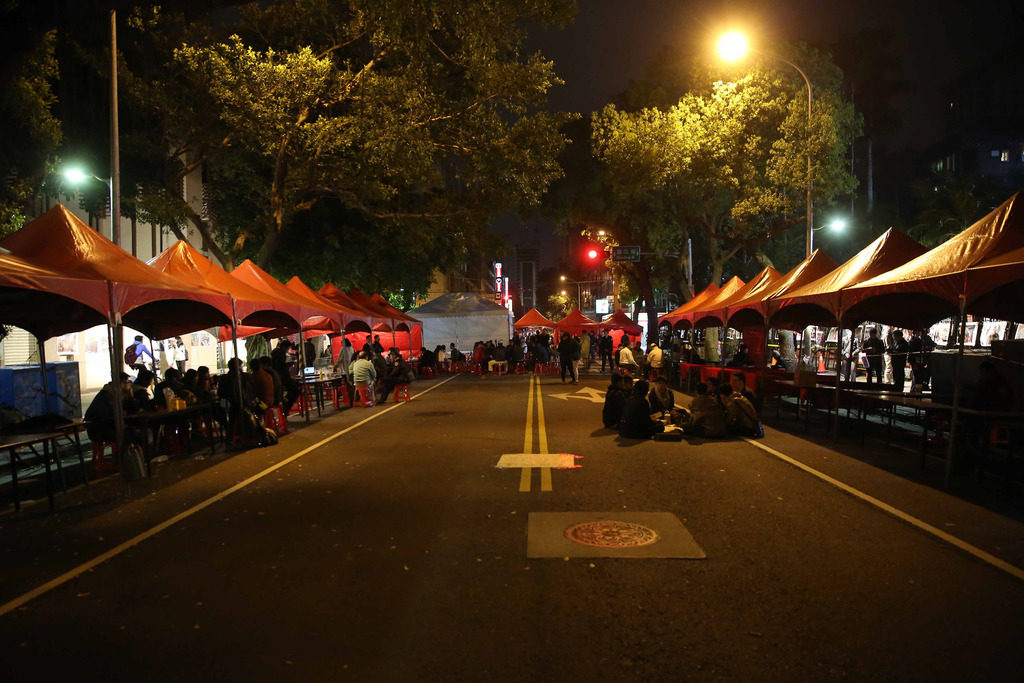 The Black Island Nation Front is commemorating the attempt to occupy the Executive Yuan last year with events on Qingdao East Road in Taipei Sunday and Monday. The action comes days after activities marking the first anniversary of the occupation of the Legislative Yuan on March 18 and includes a March 18th Photo Exhibition, a 31-hour sit-in and a march titled "Walking to a place with no light."
,
The photo exhibition on both sides of Qingdao East Road features images and messages from students and others who participated in the March 18 movement and briefly attempted to spread the occupation to the Executive Yuan before being forcibly evicted by police and security officers
.
The number of participants Sunday was fairly small, made up mostly of youths who sat on the ground and conducted a people's forum to discuss issues including the need for constitutional reform, urban renewal, ethnic divisions, labor problems, cross-strait agreements and Taiwan’s national identity.

Tsai Kun-ju, the leader of the Black Island front, told the group that the purpose of the gathering was to draw the public’s attention to the images and messages on display along the sides of the street and to keep in mind the aims of the March 18 movement

Tsai noted that Monday night’s schedule will feature performances by musicians including Panai, Kou Chou Ching, Village Armed Youth and the Black Hand Nakasi Workers Band. He noted that there will not be any "keynote" speakers or lectures, with the emphasis being on commemorating last year’s activities and over-reaction by security forces in evicting the occupiers of the Executive Yuan.