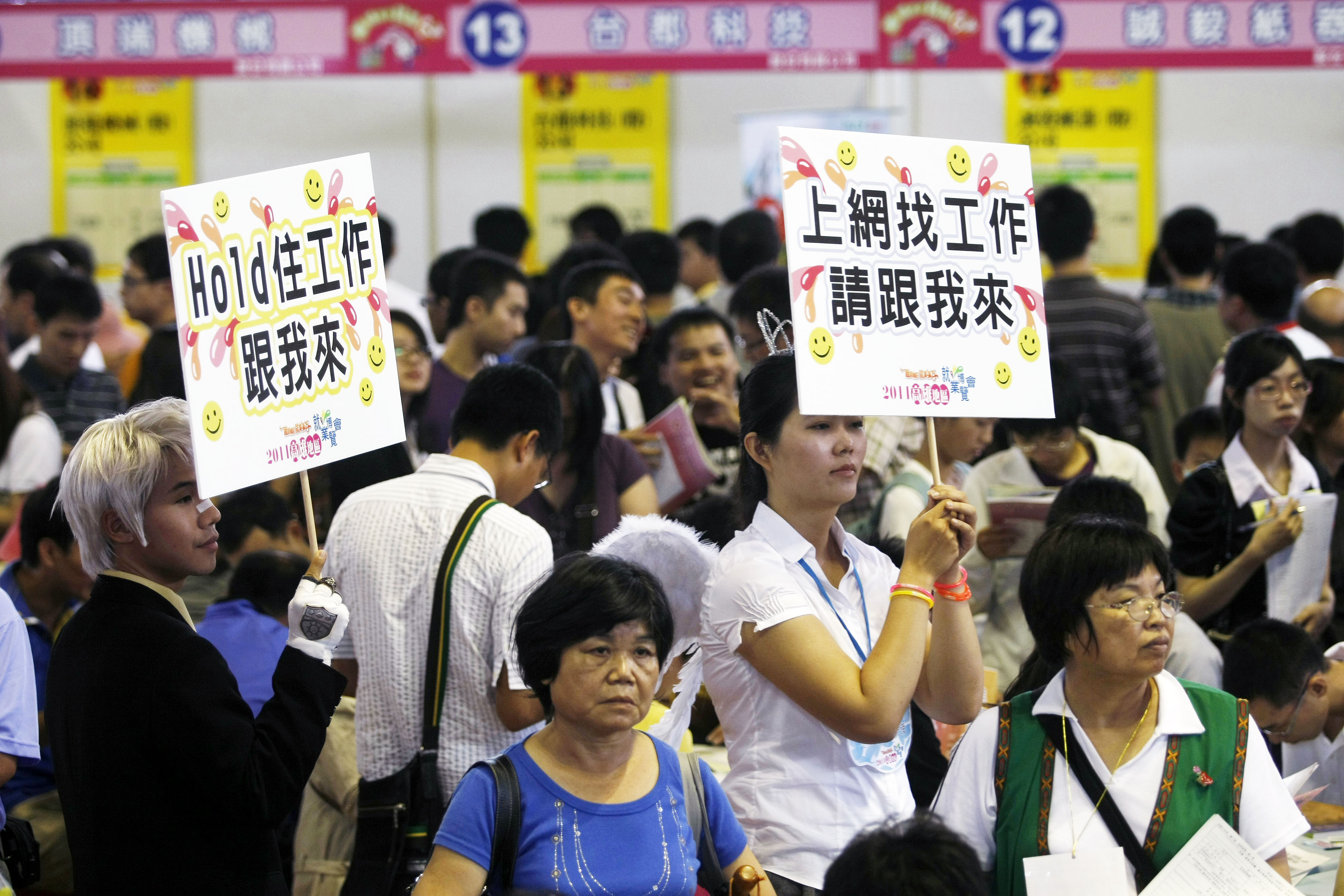 Taipei, March 23 (CNA) Unemployment fell 0.4 percentage points annually to 3.69 percent in February, the lowest level for that month in 15 years, according to government figures released Monday.

The February figure dropped 0.02 points from the previous month, the Directorate General of Budget, Accounting and Statistics (DGBAS) said.

After seasonal adjustments, the February jobless rate was calculated as a monthly drop of 0.04 percentage points to 3.74 percent, the data showed.

Last month, the number of unemployed people in Taiwan fell 2,000 from the previous month to 428,000, the DGBAS said.

It said the continued improvement in the local job market reflected a domestic economic recovery.

Among jobseekers with higher education degrees, unemployment decreased 0.28 points to 4.75 percent in February from the same month last year, the statistics showed.

In the industrial sector, the number of employees increased in February by 41,000 or 1.01 percent year-on-year, while in the agricultural sector the number rose by 7,000 or 1.25 percent.

Employment in the services sector increased by 94,000 people, or 1.46 percent, over the same period, according to the statistics.

Lo Yi-ling, deputy director of the DGBAS Department of Census, said the increase resulted from higher demand for temporary workers before the Lunar New Year holiday in February.

He said the unemployment data in March could be affected by a wave of job switching in February and March -- the period following Lunar New Year -- which is usually a peak season for job hunting.

The March figures would depend on how fast these job jumpers find new employment, Lo said. (By Chen Cheng-wei and Christie Chen)