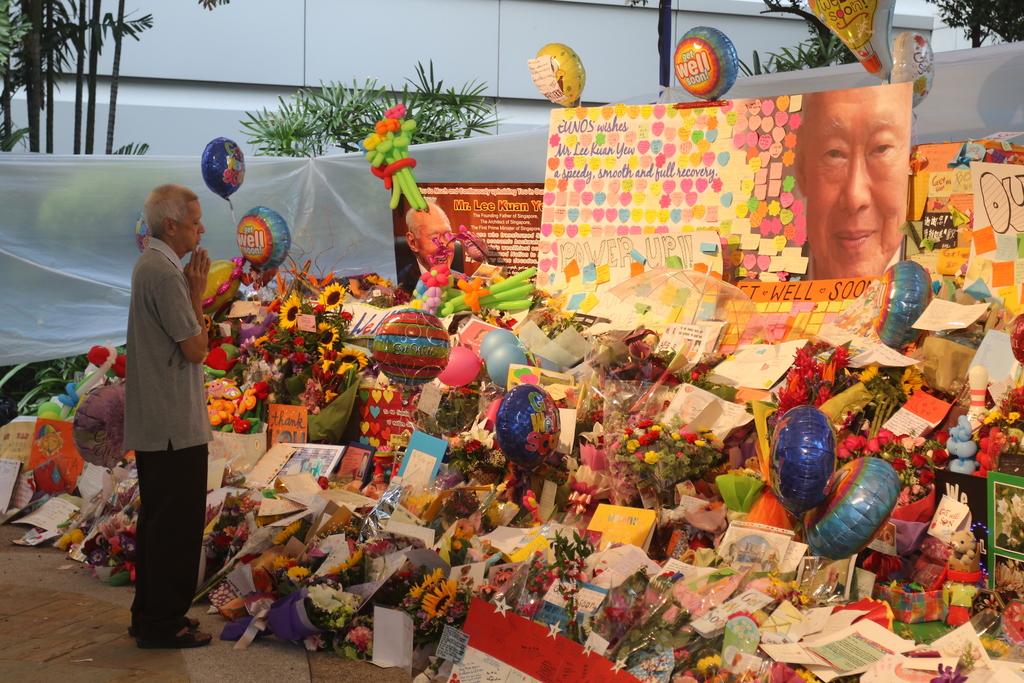 After a bout with pneumonia, Lee Kuan Yew, the founding father of Singapore, succumbed to his illness at the age of 91 early Monday.

In Taiwan, Lee will be remembered as not only a leader who led Singapore to modernity and prosperity but also as a great facilitator who tirelessly worked to help improve relations across the Taiwan Strait.

Lee's close ties with Taiwan were marked by his frequent visits. He visited Taiwan more than 25 times, the most among notable foreign leaders.

Twenty-two years ago, a historic meeting between Koo Chen-fu, chairman of the Straits Exchange Foundation (SEF) of Taiwan, and Wang Daohan, president of China's Association for Relations Across the Taiwan Straits (ARATS), took place in Singapore.

The meeting marked a breakthrough in cross-strait relations by institutionalizing officially-sanctioned talks between the top negotiators from the two sides.

Former SEF Secretary-General Chiu Chin-yi told CNA that part of the reason why Singapore was chosen as the hosting country for the historic meeting in 1993 was to pay tribute to Lee's efforts in facilitating cross-strait relations over the years.

Those efforts spanned through the presidencies of Chiang Ching-kuo, who had shambled to greet Lee on airport tarmac despite his ailing conditions, to Ma Ying-jeou, whose policy of "no independence, no unification, and no use of force" has brought stability back to cross-strait relations since 2008.

Chiu said that one year after the SEF and ARATS established the "1992 Consensus" in a meeting in Hong Kong, the two negotiating bodies had mulled over an appropriate location to host a follow-up meeting.

As Taiwan at the time had demanded to conduct the talks on equal footing, Hong Kong was ruled out as its handover to China in 1997 was looming in the horizon, while Japan was off the list for a myriad of reasons.

In the end Singapore, with its melting pot of Chinese, Malay, Indian, and British cultures, was selected to host the landmark cross-strait talks.

Although Lee had later clarified that Singapore's role in the meeting would be limited to that of a host, and that the city-state would not participate or serve as mediator in the talks in anyway, Chiu said that the statement is a reflection of Lee's practical streak and high political acumen, while showing the deep ties he shares with Taiwan.

(By Tang Pei-chun and Ted Chen)