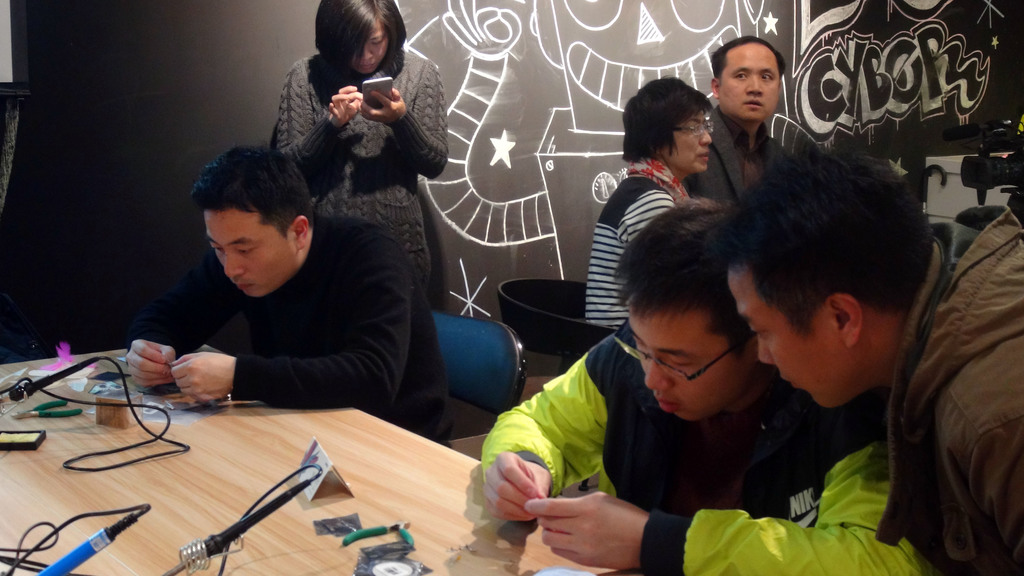 Shanghai, March 22 (CNA) A retail subsidiary of Hon Hai Precision Industry Co., the world's largest contract electronics manufacturer, plans to open 20 stores in China for technology innovators known as "makers," by the end of the year, a company executive said on Sunday.
According to Wang Jung-ching (???), general manager of Big Cyber, a new retail brand under Hon Hai's Cybermart consumer electronics chain in China, his firm will open new stores in Beijing and Guangzhou in April and May after already a first store in Shanghai.
Wang said Big Cyber aims to offer a new platform for "makers," who are inspired to create innovative physical products, to build their own business, as well as a space to showcase their products to consumers. Big Cyber's Shanghai store, which opened in January, currently sells technology and cultural products created and commercialized by Chinese makers, and products imported from Japan, Wang noted.
The store also holds workshops for students to build their own tech gadgets or craftwork. One of the recent workshops taught participants to use conductive paint to build paper house models that can be lit up by light-emitting diodes. The next step for Big Cyber after opening the stores in Beijing and Guangzhou is to launch an outlet in Shenzhen, which has seen the most rapid development of makers in China, Wang said.
Big Cyber plans to open 20 stores by the end of this year, while Cybermart continues to operate as a shopping venue for electronics, Wang added. According to Cybermart's website, the chain has 31 stores across China.

(By Eva Feng and Kay Liu)