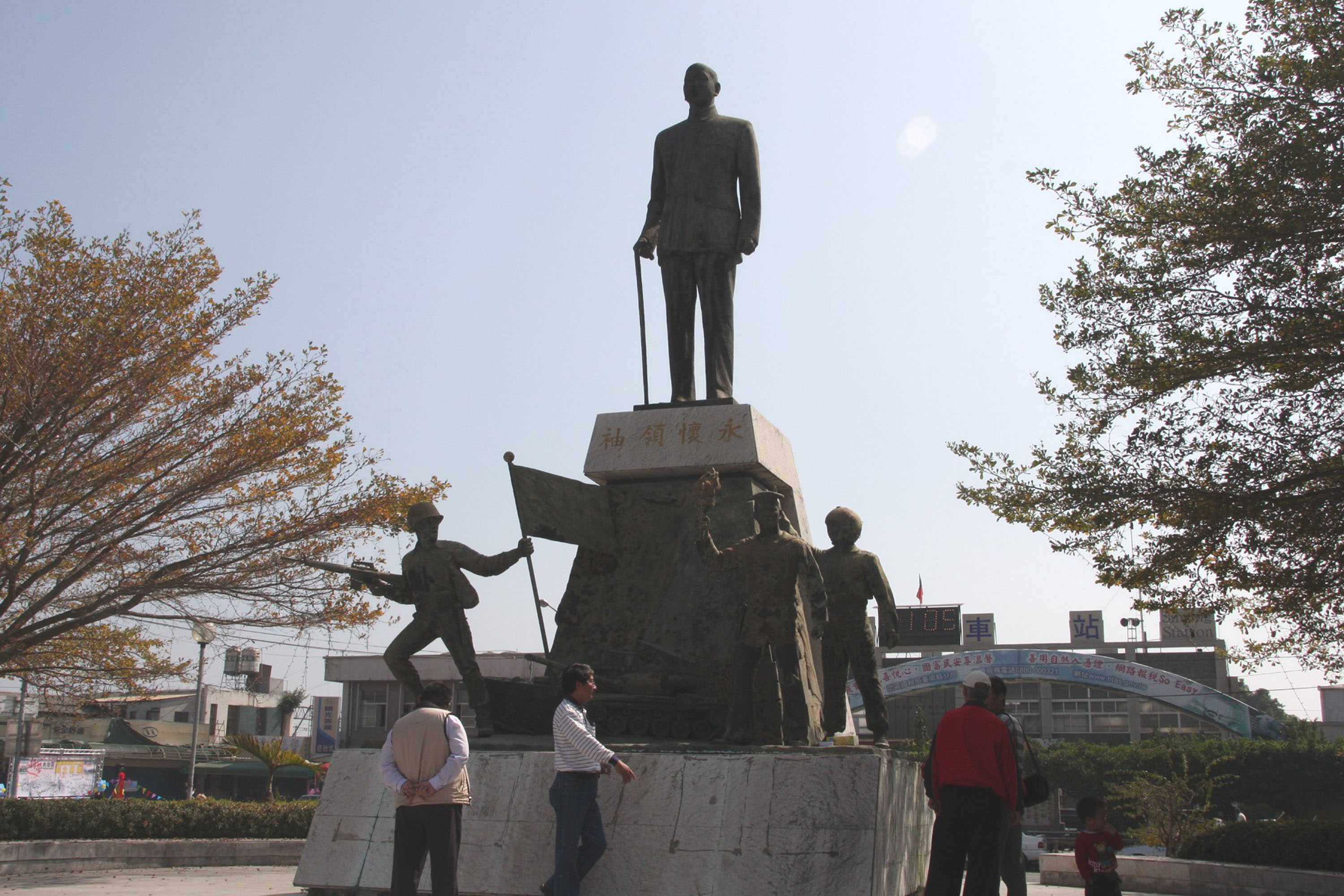 TAIPEI (Taiwan News) – Tainan City began fulfilling a promise Saturday by beginning to remove statues of the late President Chiang Kai-shek from the city’s school campuses.
Tainan Mayor William Lai, a member of the Democratic Progressive Party, said last February 28 at the commemoration of the 228 Incident that all effigies of the late president should be removed from the city’s schools.
In order to avoid danger to the students, teachers and parents, the city government planned for the removal to take place during the weekend. After discussions with school principals Friday evening, the city’s Department of Education sent in the removal crews to start work from 7 a.m. Saturday.
By early afternoon, ten of the remaining 14 Chiang statues had been successfully removed, reports said. However, at the Cheng Kung Junior High, nearby residents opposed to the removal of the statue called the office of a Kuomintang city councilor and came out to protest. As a result, work was stopped as a precaution, reports said.
The mostly bronze statues would be listed and collected, and their ownership would be determined before they would be shipped up to Taoyuan City, where Chiang and his son, late President Chiang Ching-kuo, are buried. The Taoyuan City Government, which is also run by the DPP, has reportedly already given its agreement to the move.
The presence of Chiang statues on campus became an issue again during the latest 228 commemorations. Thousands of Taiwanese were killed, imprisoned or disappeared during the 1947 uprising and the years of repression which followed.
Around the time of this year’s commemoration, protesters hang banners around a Chiang statue and targeted his effigy inside the Chiang Kai-shek Memorial Hall in Taipei with paintballs.