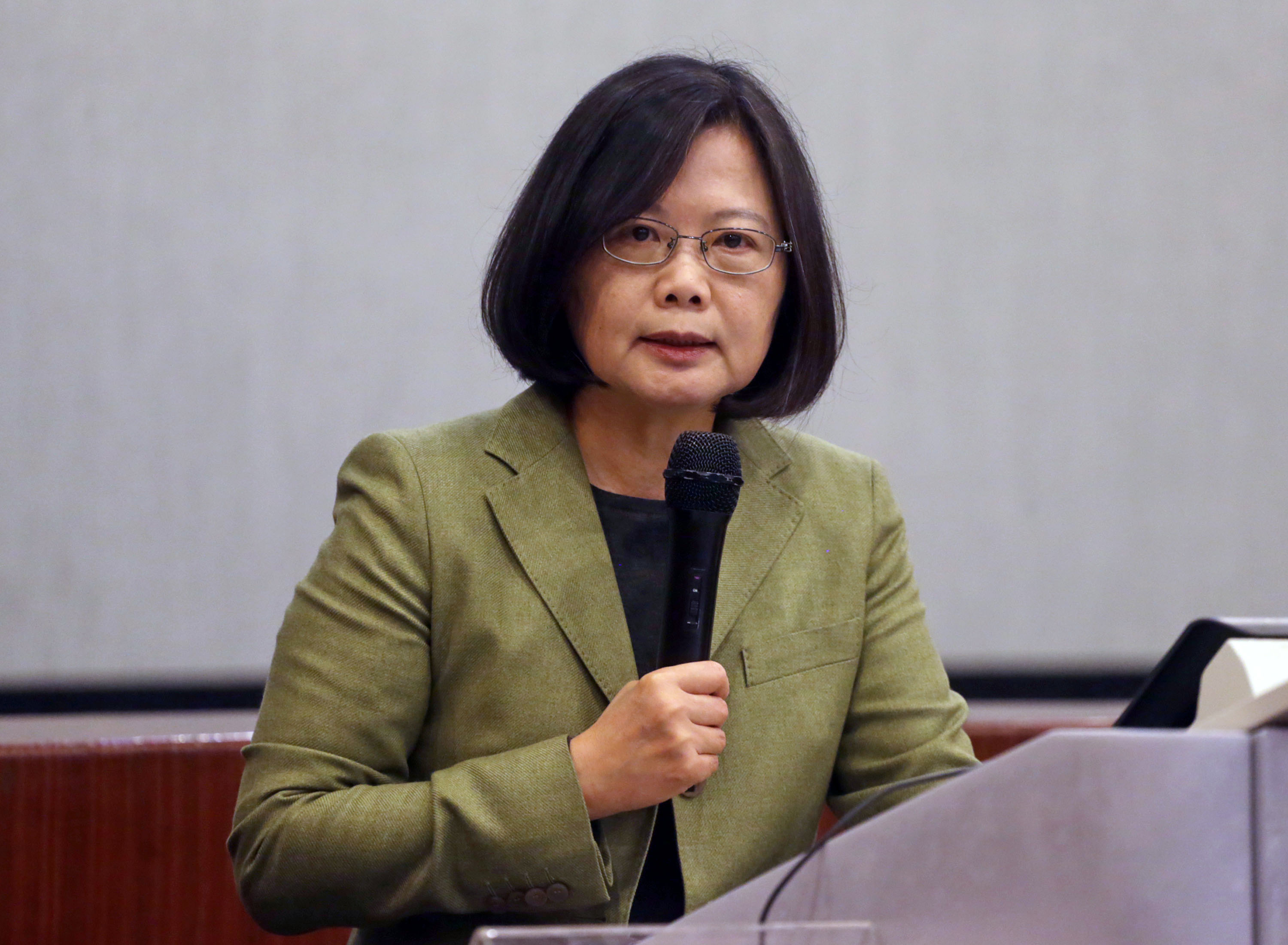 TAIPEI (Taiwan News) – In response to questions from the United States, Democratic Progressive Party Chairwoman Tsai Ing-wen on Saturday emphasized the status quo in relations with China.
Tsai is widely believed to have a strong chance of winning next January’s presidential election, leading to questions about her policies on the sensitive relationship with the communist government in Beijing.
At a Heritage Foundation discussion in the United States Friday, where Tsai was not present, former American Institute in Taiwan Managing Director Barbara Schrage said the opposition leader needed to clarify her stance on the issue again when she visited Washington D.C. later this year.
Tsai was unable to clear up the doubts of the Obama Administration when she visited the US ahead of the 2012 presidential election, which she lost to President Ma Ying-jeou, Schrage said. If she is unable to present any new and concrete viewpoints on how to deal with China, she will not be able to pass the test easily, according to Schrage.
AIT, the US representative office in Taiwan in absence of formal relations, said that as a former official, Schrage’s views did not represent the institute or the US government.
In her response to the comments, Tsai said in Taipei Saturday that relations between Taiwan and China should be peaceful and stable. She said she would make the greatest effort to maintain the status quo.
The opposition leader emphasized that it was even more important to keep clear channels of communication between the different sides and to establish a basis for mutual trust. In this way, there would be no misunderstanding or misjudgment in the event problems arose, she said.
DPP Secretary-General Joseph Wu, just like Tsai a former minister of the Mainland Affairs Council, said that too many comments by former US officials were being over-interpreted, which would allow certain political parties to use them during election campaigns. He said he hoped that former US government officials could restrain themselves when speaking about Taiwan-China relations, according to the Chinese-language United Evening News.