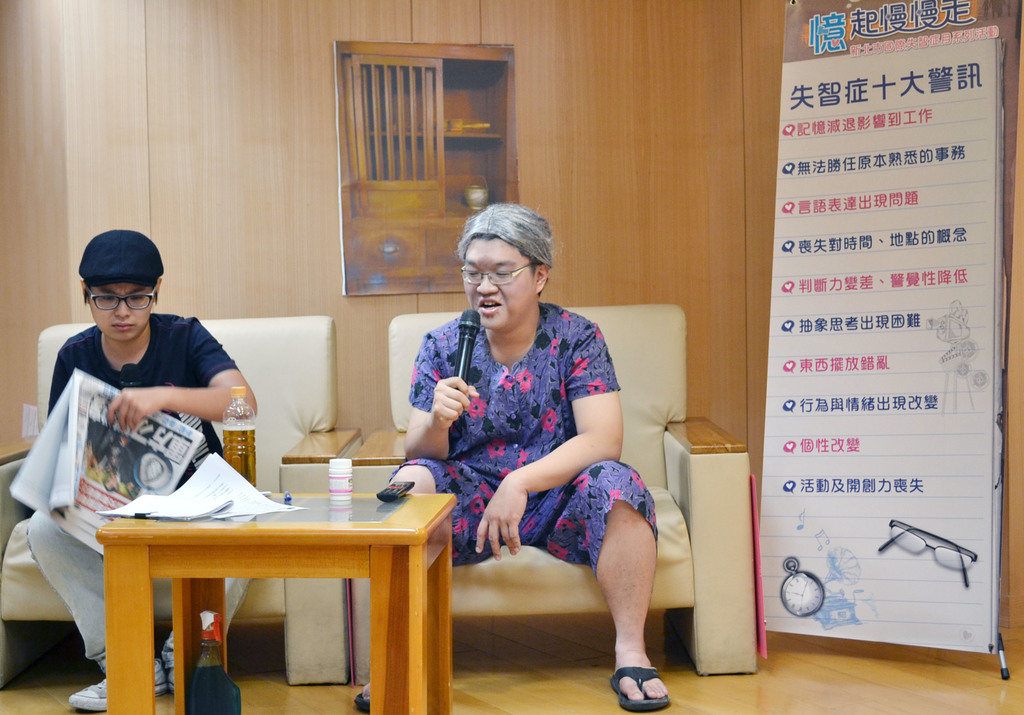 In the movie “Still Alice,” the heroin Alice, played by the famous actress Julianne Moore, was a successful career woman. She had a good job as a prominent linguistics professor at the Columbia University, belonging to a happy family with a beloved husband and three children, but she was diagnosed with the early onset of Alzheimer's disease, a kind of dementia. “It’s like something drops out of me,” said Alice to describe how she felt about herself. Her Oscar-winning performance gives people the chance to see how the patient struggles to remember things.

According to the Taiwan Alzheimer Disease Association (TADA), it has been estimated that the people suffering from dementia number around 239,000 now, and until 2061, it will grow to around 930,000, by adding 41 patients per day on average.

The association said that the World Health Organization (WHO) held a meeting on dementia on March 16 and 17, and there were 80 ministers of health, experts and people from the non-profit organizations participating. They appealed to every country worldwide to fight against dementia, and to add funds for caring for the ill.

Tang Li-yu, secretary general of the association, said that based on the statistics of WHO, the population with dementia exceeded 47,000,000, adding a patient every second on average. The cost of caring occupied 1 percent of global GDP, amounting to US$604 billion. Moreover, 60 percent of patients were from lower income countries, and with the growing number of dementia, it would affect economic development globally.

Besides, since Taiwan faced the challenges of an aging society and lower birth rate, it’s urgent for the authorities to cooperate with the international organizations to build up awareness of the gravity of the situation and bolster the caring for dementia patients, Tang added.