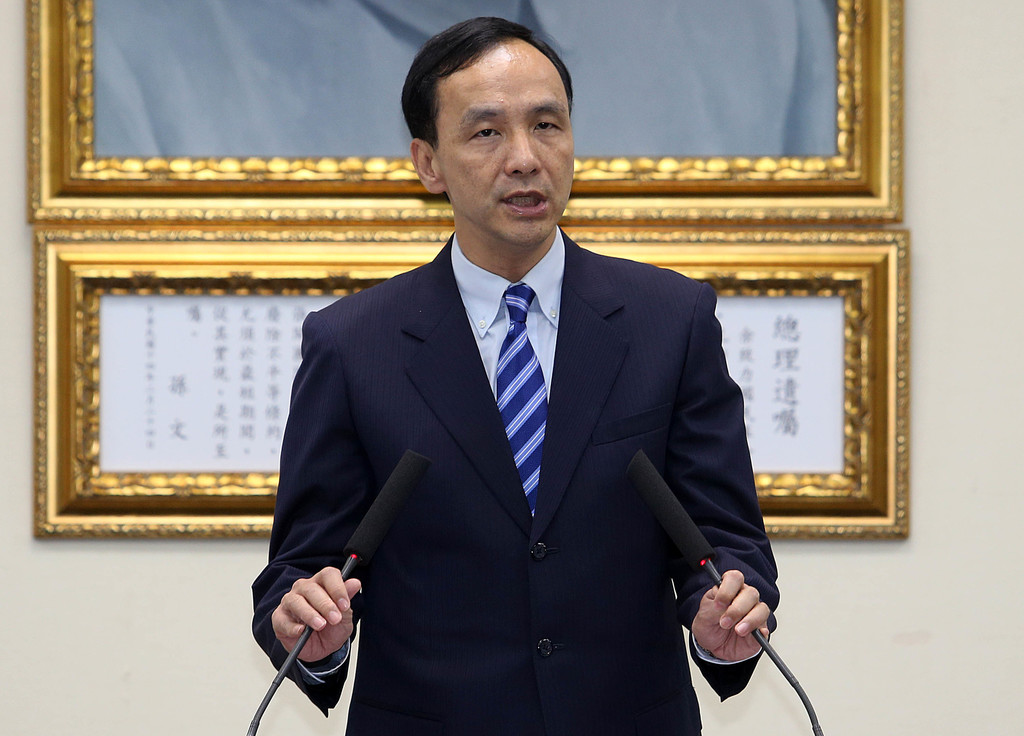 TAIPEI (Taiwan News) – Almost 40 Kuomintang legislators have signed a petition asking their party chairman, New Taipei City Mayor Eric Liluan Chu, to run for president, reports said Friday.
On several occasions, including when he first announced his candidacy for the KMT leadership, Chu emphasized he would not be a candidate in the presidential election now scheduled for January 16, 2016.
However, in the face of high popularity ratings for Democratic Progressive Party Chairwoman Tsai Ing-wen, who is virtually certain of the opposition nomination, KMT politicians have allegedly reached the conclusion that Chu would be their strongest chance of staying in power next year.
Vice President Wu Den-yih, Legislative Speaker Wang Jin-pyng and former Taipei City Mayor Hau Lung-bin have all been mentioned as potential contenders for the KMT nomination, but none of them has performed well in opinion polls.
Recent media reports named former Interior Minister Lee Hong-yuan as a dark horse, but he denied any presidential ambitions.
At a KMT legislative caucus meeting Friday morning, legislator Sun Ta-chien reportedly spoke out in favor of Chu, calling on him to take responsibility and no longer avoid competition but put forward his candidacy for president.
After Sun’s speech, senior lawmaker Wu Yu-sheng launched a petition to support Chu’s candidacy, reports said. Almost 40 out of the KMT’s 64 lawmakers reportedly signed the document.
Wu told reporters that Chu had given the public a new positive impression about the ruling party through his willingness to back reform. The lawmaker said he wanted the KMT to hold a national party congress at which he planned to present the petition.
Other legislators said that now was the time to stand together and not to take sides for one or other potential candidate. They reportedly criticized Sun and Wu for not mentioning the legislative speaker.