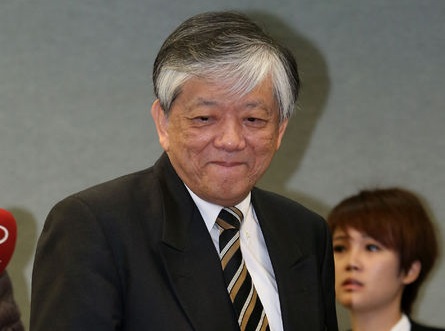 Taipei Mayor Ko Wen-je’s Food Safety Committee met Monday in its first session, discussing a number of general topics and appointing Luis Ko, General Manager of I-Mei Foods, as committee spokesman. The committee spent most of its first meeting talking about the Taipei Guidelines for Self-regulating Food Safety. They delved into a number of related topics such as a proposed bonus system and the advisability of setting a 48-hour limit for retailers and distributors to remove problem food products from store shelves and the market.

Ko said in an interview afterwards that he would not agree with the program of high rewards to those reporting offenses by insiders but noted that he was personally opposed to the idea of local units competing against each other in such a program. He explained that such program would be difficult to implement in a place like Taipei, where there are some 30,000 restaurants and food outlets employing more than 300,000 people. Ko stressed that these food workers are also consumers, and said the public has always been the most effective force in eliminating improper practices or regulations in the food industry.

Ko said that food safety should be a matter of educating, counseling and offering assistance to the food industry at every level, from food vendors to small restaurants and other food establishments. He pointed out that severe punishments and heavy fines have not been effective in rubbing out armed robbery, drug abuse and other social problems, and they are also mostly of little use in trying to guarantee food safety.

Ko added that he believes that the proposed 48-hour limit for requiring food providers to remove suspect food products from the shelf is very unrealistic. He said the committee had not discussed that particular topic Monday but may take it up at its next meeting.

Ko said he has done a lot of food inspection work, and inspection reports usually carry a qualifying message stating "This report applies only to the sample tested, and the test results may not be legally binding." He said attempts to apply test results on a broader basis are misguided, adding that having to rely on inspection in order to enjoy a bite would be pathetic.

Taipei city Health Secretary Huang Shih-chieh explained that Monday’s meeting was largely a planning session focusing on discussion of the uses of punishment and education in enacting self-regulation to ensure safety in the food industry. Huang noted that the committee will continue to solicit opinions from all sides and address topics for discussion one by one in future meetings.