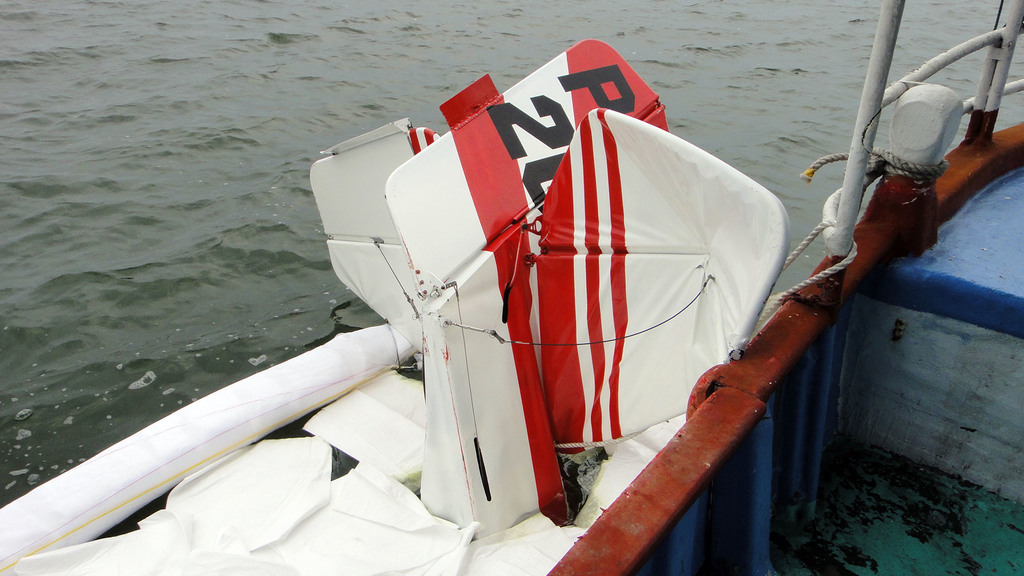 Taipei, March 16 (CNA) Two people aboard a light aircraft were killed Monday after it plunged into a lagoon in Dapeng Bay in southern Pingtung County, authorities said.
Ko Ming-hsiu, chairman of the Sport Aviation Association, along with his student and relative, Yang Tsung-ju, showed no signs of life when they were pulled from the water by rescuers.
Yang and Ko, who is also a coach at the Grand Pen Bay Flying Club, took off from the only legitimate light aircraft airport in Taiwan situated in the Dapeng Bay Scenic Area at 10:10 a.m., according to club members.
The aircraft crashed 30 minutes later.
The cause of the crash remained under investigation, but initial findings showed that the aircraft was flying legitimately.
The club, which only started operations early this year, is the only legal light aircraft service provider in Taiwan. (By Kuo Chu-chen, Jay Chen and Lee Hsin-Yin)