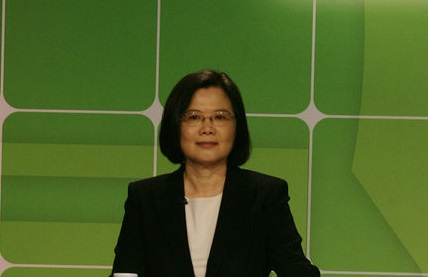 DPP Chairman Tsai Ing-wen reminded members of the party to be “cautious” in their remarks regarding the party and its members. In comments linked to the controversy over a speech delivered earlier this month by former party spokesperson Hsu Chi-ching during a visit to the US, Tsai noted that inappropriate remarks can lead to unnecessary dissension and quarrels in party ranks.

Hsu’s speech, which charged that former president Chen Shui-bian had accepted “billions of dollars” from construction companies in Taiwan, was uploaded to the Internet by one of the persons attending the event. The furor aroused by the video led Hsu to issue a public statement clarifying her remarks. She resigned her position as party spokesperson and also offered an apology to Chen Shui-bian.

Tsai pointed out in a meeting with the Executive Council of the DPP Wednesday afternoon that inappropriate remarks by a party cadre had caused a great deal of controversy and anxiety among supporters of various factions in the party. She cautioned everyone in the party to be vigilant and reflect on the effects their words and actions can have. She advised all party workers, cadres and officials to be more careful in their comments on particular events or candidates during the upcoming party primaries and other activities.

Tsai noted that the DPP is hopeful of taking back the ruling position in Taiwan politics in 2016. She said the party is looking to consolidate democracy in Taiwan, but warned that the road will not be smooth, and "there will be many obstacles and challenges, not only from the outside, but also from within, from our own pride and selfishness."

Tsai stressed that the party has many responsibilities and members should never be overly optimistic. They should constantly examine their actions and be courageous and prepared to do whatever is necessary for the party. "We cannot stand in one spot and quarrel,” she cautioned, “we must continue to move forward if we expect to respond to the needs of the people of Taiwan."

Tsai pointed out that the most important task of the party at present is to nominate candidates for the next round of primaries for the Legislative Yuan. She noted that work is already underway but there are still many things that need to be done including polls and coordination efforts. She emphasized that the party must strive to present the strongest lineup of candidates possible, and the contribution of all party members is needed to complete the task.