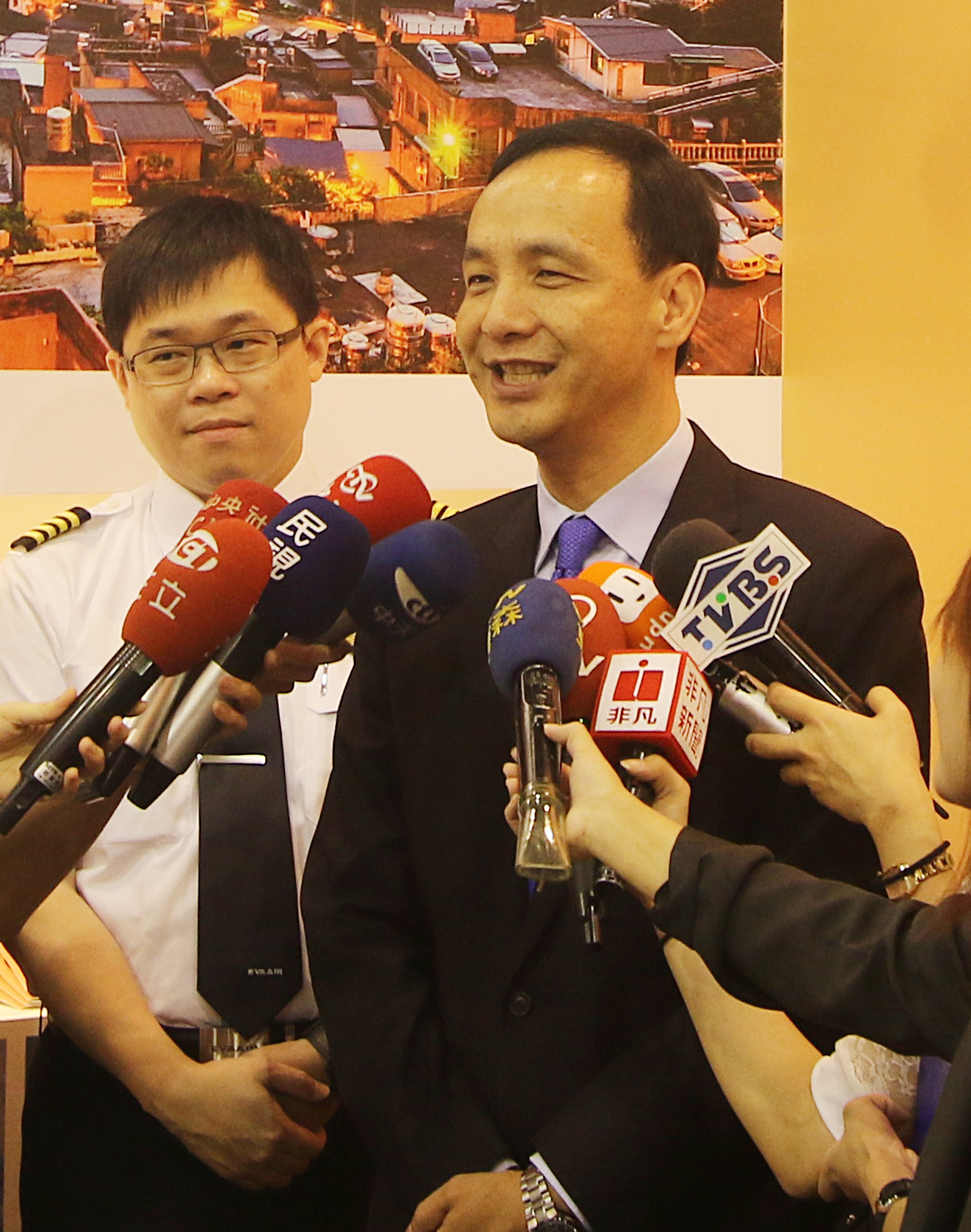 TAIPEI (Taiwan News) – Kuomintang Chairman Eric Liluan Chu on Tuesday downplayed reports that he was planning to visit China or to meet with Chinese leader Xi Jinping.
The alleged plans were reported as the ruling party leader, who also serves as mayor of New Taipei City, visited Hong Kong and Singapore. China’s Taiwan Affairs Office even responded to reporters’ questions by saying it welcomed Chu to visit the communist country. His predecessors as KMT leader, Lien Chan and Wu Po-hsiung, both visited Beijing and met with Communist Party leaders, though President Ma Ying-jeou did not do so as he also served as Taiwan’s head of state.
Chu said Tuesday that an eventual visit to China or a meeting with Xi were not on the agenda for the time being, but that forums between the two ruling parties could continue as before.
He arrived back in Taiwan Tuesday noon after spending five days and four nights in Singapore and Hong Kong, where he met personalities whom he described as “old friends.” The list included Singapore Premier Lee Hsien Loong and Hong Kong Chief Executive C.Y. Leung.
As to an eventual meeting with Xi, he said that first party-to-party talks would be necessary before such a subject could be broached.
In Beijing, TAO spokeswoman Fan Liqing said the Chinese government had noticed Chu’s statements at a Taiwan Hong Kong Forum Monday. Both sides were willing to continue improving relations between Taiwan and the mainland and between the KMT and the Chinese Communist Party, she said. Mutual trust was increasing and positive interaction continued as both sides adhered to the 1992 Consensus and opposed Taiwan Independence, Fan commented.
Chu said he would tell his wife to talk to his father-in-law, prominent former KMT lawmaker Kao Yu-jen, about the latter’s comments that Taiwan and China should move beyond the 1992 Consensus and enter the phase of political negotiations. Chu said that if his own father had made such a statement, he could go straight to him and dissuade him from making such comments, but with Kao he needed to involve his wife first.