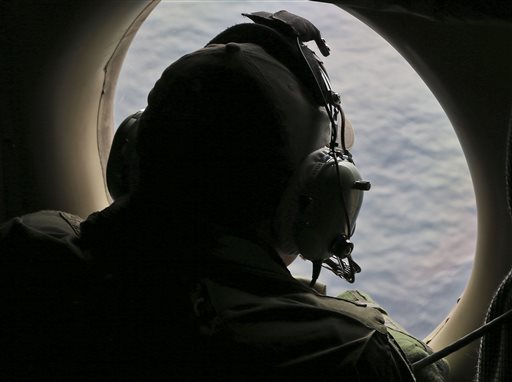 
KUALA LUMPUR, Malaysia (AP) — If the massive undersea search for Malaysia Airlines Flight 370 turns up nothing by the end of May, the three countries leading the effort will return to the drawing board, Malaysia's transport minister said Saturday.

Liow Tiong Lai told a small group of foreign reporters on the eve of the anniversary of the plane's disappearance that he remains cautiously optimistic the Boeing 777 is in the area of the southern Indian Ocean where the search is ongoing.

Despite the exhaustive search for the plane, which disappeared last March 8 during a flight from Kuala Lumpur to Beijing, no trace of the jet has been found. Malaysia's government on Jan. 29 formally declared the incident an accident and said all 239 people on board were presumed dead.

"By the end of May, if we still can't find the plane, then we will have to go back to the drawing board," Liow said.

Asked if Malaysia might stop the search if there are no new leads by the end of May, when bad weather usually sets in, Liow said it was "too early to pre-empt anything now," and that the government would continue to rely on the group of experts leading the hunt.

"We stand guided by the expert team," he said.

"I am cautiously optimistic it should be in this area," he said, adding that "we need directions, we need plans, we need to review all the data that we have."

Liow said that Australia, Malaysia and China would meet next month to discuss the next steps in the search.

Ships looking for debris from the plane on the ocean floor off the coast of western Australia have so far scoured 44 percent of the 60,000-square-kilometer (23,166-square-mile) area the search has been focused on, Liow said. In the latest report he received Friday, he said the search team had identified 10 hard objects that still need to be analyzed.

Such findings, which often include trash and cargo containers from passing ships, have been common during the search, and so far no trace of wreckage has been located.

Australian Transport Minister Warren Truss said last week that if the plane isn't found by May, one option is to expand the hunt beyond the current search zone to a wider surrounding area.

Australian Prime Minister Tony Abbott said Thursday, "I can't promise that the search will go on at this intensity forever," but added that "we will continue our very best efforts to resolve this mystery and provide some answers."

Liow said an interim report on the investigation — a requirement under international civil aviation regulations — would be presented to the Malaysian government on Saturday and released to the public on Sunday. He didn't comment on it.

But he outlined measures his government has already undertaken, including plans to upgrade radar systems to cope with bigger traffic volume and a new tracking system on Malaysia Airlines flights that sends aircraft data every 15 minutes, instead of the previous 30 to 40 minutes.

Liow said the government has allocated 700 million ringgit ($190 million) for the improved radar.

He said that the radar upgrade had been in the works even before Flight 370 disappeared. The plane dropped off civilian radar when its transponder and other equipment were switched off shortly after takeoff from Kuala Lumpur, but was tracked for some time by Malaysia's military radar as it headed south across the country toward the Indian Ocean.