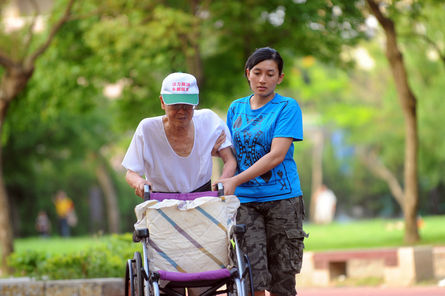 TAIPEI (Taiwan News) – Indonesia’s plans to stop sending citizens to work overseas from 2017 could force Taiwan to import more workers from Vietnam, reports said Saturday.
Talks between Taiwan and Vietnam could resolve in a relaxation of limits on the import of Vietnamese workers as soon as next month or at least by the end of June, the Chinese-language United Evening News reported.
The end of limits which had been in place for more than 10 years was the result of the recent reports from Indonesia that its government planned to stop sending mostly female domestic workers overseas.
More Vietnamese would be allowed to come to Taiwan to work as domestic helpers or as workers on fishing boats, partly because of improvements in the numbers of Vietnamese escaping and failing to return home after their legal term was up, reports said.
The Ministry of Labor was planning to hold a working meeting with its Vietnamese counterpart later this month, the United Evening News reported, with a ministerial-level discussion expected in April. If everything went according to plan, the opening to Vietnamese workers would be announced then, or at the latest by the end of June, according to the newspaper.
Recruitment of Vietnamese fishery workers was halted in May 2004 and the import of female domestics ended the following year amid growing concern about the high number of them running away from their jobs and staying illegally.
Statistics from last year show the number of Vietnamese factory workers at 130,000 and of domestic aides at fewer than 20,000. At present, about 19,700 Vietnamese citizens were listed as missing, data showed. The Vietnamese government punished the illegal workers by barring them from traveling and working abroad again from two to five years, the United Evening News reported.
The Ministry of Labor said that the warnings from Indonesia meant that Taiwan should take a proactive stance and hurry up with the search for another source of foreign labor.