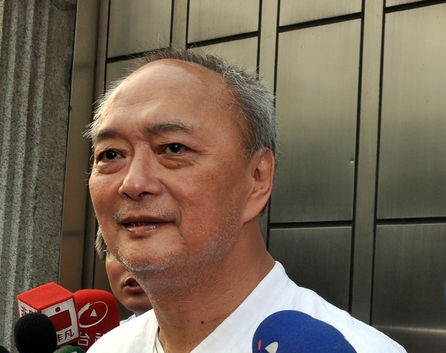 TAIPEI (Taiwan News) – Oung Da-ming, a prominent tycoon convicted of fraud, died at his home in Taipei Friday at the age of 64, reports said.
Oung, who was also known as Andrew Oung, was the son of the founder of the Hualon Group, once one of Taiwan’s biggest corporations, and had a colorful career which spanned a time in the Legislative Yuan as well as bankruptcy and a stint in prison for fraud.
The Taipei District Court declared him bankrupt in 1994 as he faced debts totaling more than NT$4.8 billion (US$152 million) in what until then was one of Taiwan’s biggest stock market scandals, and in 2010 he and his secretary were sentenced to two years in prison each for violating the Securities and Exchange Act in the same case.
His name and the one of the business group founded by his father have also been tied to years of protests by former employees of Hualon Textile Corporation in Miaoli County. They accused Oung of refusing to pay a total of NT$700 million (US$22 million) in wages and pensions due to them as the company went bankrupt. A brother allegedly moved funds out of the country to invest in textile operations in several Southeast Asian countries.
Oung was found lying on the floor of his bathroom sauna at his home on Taipei’s Heping East Road, the Chinese-language Apple Daily reported. He was not breathing and his heart was not beating any longer, reports said. The police were called in but concluded he had died of a heart attack, with no signs of foul play.