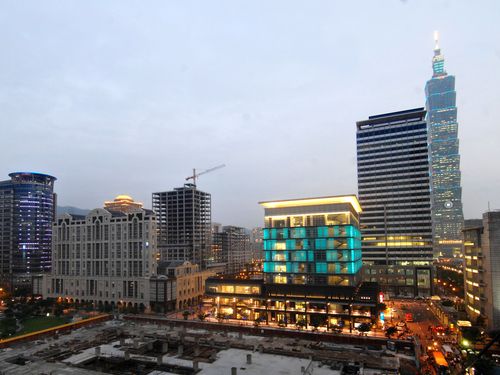 Taipei, March 5 (CNA) Taipei and Taichung are among the top 100 cities in the world in terms of quality of living, according to a survey released by multinational market consulting firm Mercer.
In the rankings, which covered 230 cities worldwide, Taipei was listed 83rd, while Taichung was 99th.
It was the first time that Taichung made the top-100 list in Mercer's annual quality of living rankings. The rich cultural traditions of the central Taiwan city have helped attract key local and international industries, Mercer said. The annual Mercer survey aims at providing multinational companies and other employers with information on how to compensate their employees fairly when placing them on international assignments.
European cities, along with major cities in Australia and New Zealand, dominated the top 10 spots in the most recent rankings, which were compiled from data analyzed mainly between September and November 2014.
Vienna has the best living quality in the world, followed by Zurich, Auckland, Munich, Vancouver, Dusseldorf, Frankfurt, Geneva, Copenhagen and Sydney, in that order, the survey showed.
Vancouver, at 5th globally, was the top ranked city in the Americas and the only one in the region to be listed in the top 10.
In Asia, Singapore topped the rankings and placed 25th globally. The other Asian cities included in the top 100 were Tokyo (44th overall), Hong Kong (70th) and Seoul (72nd).
Shanghai placed 101th and Beijing 118th, the survey showed.
At the bottom of the global rankings were N'Djamena of Chad (226th), Khartoum in Sudan (227th), Port-au-Prince in Haiti (228th), Bangui in Central African Republic (229th), and Baghdad in Iraq (230th).
Mercer said on its website that its quality of living reports provide information for use by multinational organizations, government agencies and municipalities and are not meant to be used as the basis for foreign investment or tourism. (By Frances Huang)