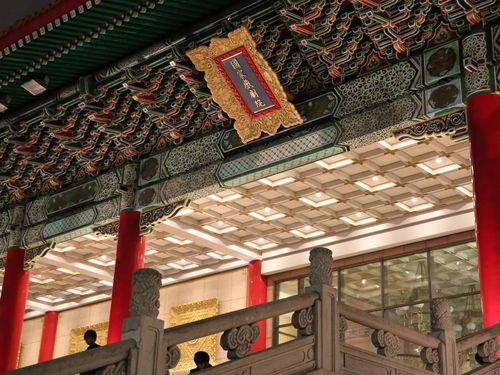 Taipei, March 5 (CNA) Taiwan's National Theater and Concert Hall, known for its traditional Chinese imperial design, has appeared on a list of the world's best concert halls on the website of The Telegraph, a British newspaper. The list was created to give suggestions for the design for a proposed new concert hall in London.
"As this gallery of beautiful concert halls shows, it (London's concert hall) will need to be spectacular if it is to rival the world's best," according to The Telegraph.
A major landmark in Taipei known for its yellow tiled roofs and red pillars, The National Theater & Concert Hall is among 13 concert halls around the world featured on the list.
The Telegraph called the Taiwan venue "a striking alternative to the classic venues of Europe" and "one of Asia's preeminent performance venues."
The National Theater & Concert Hall is a twin performing arts venue located at the National Chiang Kai-shek Memorial Hall. It includes the National Theater Hall and the National Concert Hall, which are situated facing each other across a broad plaza.
Also on the list are the Philharmonie de Paris, London's Royal Albert Hall, the Sydney Opera House, the Hungarian State Opera and The Egg in New York. (By Christie Chen)