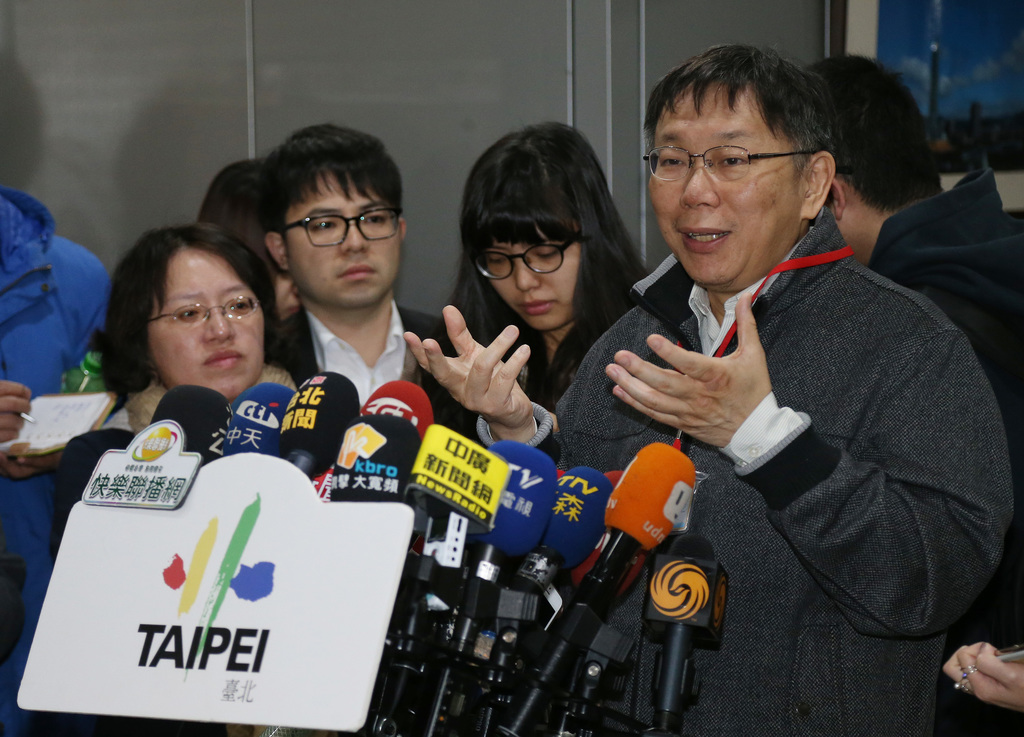 TAIPEI (Taiwan News) – Police said Wednesday they had detained an 81-year-old man for leaving a message threatening to kill Taipei City Mayor Ko Wen-je.
The suspect, surnamed Huang, told police he had not meant to harm the mayor but only wanted to express his dissatisfaction with his policies.
On January 17, he had left a piece of paper on a table in a public area on the second floor of the Taipei City Government Building, but it was not found until two days later. A staff member who wanted to throw the scrap away read the words “Mayor, I want to kill you” and alerted the police.
Surveillance camera footage in the building showed Huang as one of the suspects, and during questioning Tuesday evening, he admitted to having written the note.
In a separate incident, police investigated a phone call by a man surnamed Liu who had presented himself as a member of an organized crime group while also making threats against Ko. The man was unstable and was not really a gangster, police said.
During last year’s electoral campaign and after Ko took office, several threats were made against him, leading to tighter security and to attempts at persuading the mayor to keep his distance from the public, including stopping using the Mass Rapid Transit system.
Ko, an independent backed by the opposition Democratic Progressive Party, fought a tough campaign against the ruling Kuomintang to defeat the party in what has been known as its stronghold.
Since taking office last December 25, he has been embroiled in several disputes with prominent developers concerning several massive construction projects.