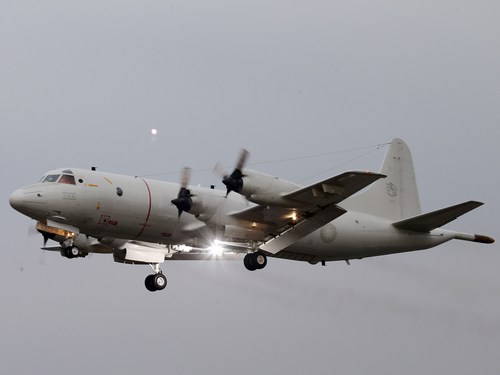 Taipei, March 3 (CNA) AH-64E Apache attack helicopters and P-3C sub-hunting aircraft that Taiwan recently received from the United States will be included in the major military exercises Taiwan has planned for the year, the Ministry of National Defense said Tuesday.
The U.S.-built helicopters and anti-submarine aircraft will be incorporated in the drills to strengthen Taiwan's defense capabilities, said ministry spokesman Maj. Gen. Luo Shou-he on the sidelines of a news conference.
The military also confirmed that this year's major maneuvers, such as the Han Kuang series of military exercises, Taiwan's most important annual war games, will include live-fire drills.
Luo said that the Apaches and the P-3Cs are scheduled to participate in the Han Kuang exercises.
But he did not think it likely that Taiwan's UH-60 Black Hawk helicopters, which the country only recently started receiving from the U.S., will participate in any of the drills this year.
The major military exercises will be aimed at testing joint land-air combat operations, sea-air joint operations, and combat operations that involve the Navy, the Air Force and the Army, said Maj. Gen. Hsiung Hou-chi, assistant deputy chief of the general staff for training, at the news briefing.
Among them will be live-fire drills on the outlying island of Penghu and a military base in Pingtung County in which air-to-air, air-to surface, surface-to-air and anti-ship missiles will be fired, he said.
In addition to drills to be held in Taiwan proper, there will be exercises staged on the outlying islands of Kinmen and Matsu -- which lie just a few kilometers off the coast of southeastern China -- and Penghu, he said. (By Elaine Hou)