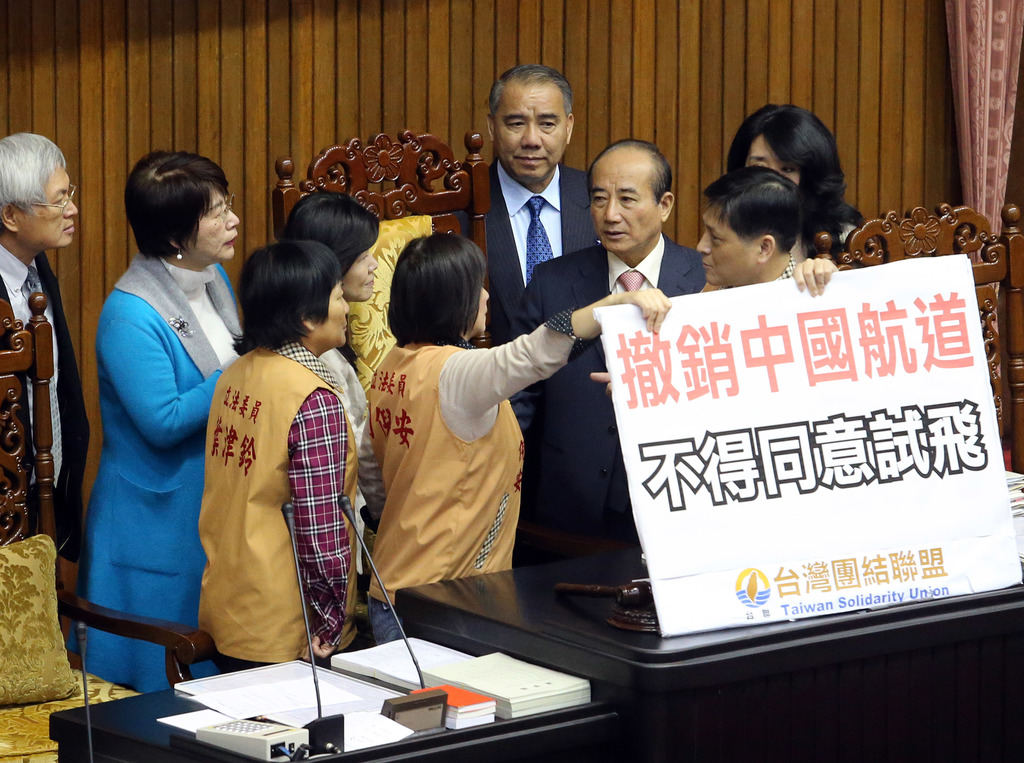 A Chinese decision to postpone the introduction of new air routes close to the median line of the Taiwan Strait is a positive development which will serve the interests of both sides of the strait, a Cabinet spokesman said Monday.

Sun Lih-chyun was commenting on China's decision to put off implementing a plan, announced unilaterally in January, to launch four new flight routes: M503, a north-south route close to the median line of the strait, and three east-west flight paths.

Civil airlines associations from Taiwan and China reached a consensus on the issue during a meeting in Shanghai earlier in the day, a development Sun said that indicates "there are no communication problems between the two sides of the Taiwan Strait."

"As long as we hold a positive and reasonable attitude toward commuicating and interacting with the other side (of the strait), the results will benefit both sides," Sun said.

He said Premier Mao Chi-kuo thanked all of the officials and civil aviation representatives in Shanghai for the results they achieved during the talks.

Taiwan's Civil Aeronautics Administration said that if China implements the route in the future, it will move the M503 route 6 nautical miles further west from the original plan, which had triggered protests from Taiwan.

The Chinese decision means that the M503 route will be 18km to 19km from the median line and China will allow only south-bound flights to use that route, said Lin Chih-ming, director general of the administration.