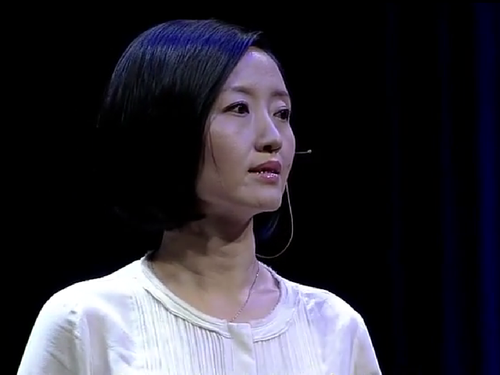 Taipei, March 1 (CNA) A documentary on China's bad air pollution experienced by hundreds of millions of people almost daily got more than 35 million hits in less than a day after it was released on Saturday.
Titled "Under the Dome" after Stephen King's novel of the same name, the documentary begs answers to three questions: What is smog? Where does it come from? And what to do with it?
After its release early Saturday on various video-sharing websites, the documentary had received over 35 million hits as of 8:30 p.m. the same day. "Under the Dome" was made by former CCTV (China Central Television) anchor Chai Jing and her friends with a budget of about 1 million yuan (US$159,613), the state-run people.cn news website reported.
Chai told the website that the one-year project took her to pollution sites, academic institutions and several government agencies including China's Ministry of Environmental Protection, Ministry of Industry and Information Technology, National Development and Reform Commission, and Development Research Center.
Chai also visited London and Los Angeles to learn from other countries on how they coped with air pollution.
The Great Smog of 1952 in London was more serious than the current situation in China, but Britain was able to eliminate 80 percent of the pollutants in the first two decades of fighting it, Chai said.
The number of cars in Los Angeles today is four times that in the 1970s, but the emissions they generate are only one quarter of the amount they spewed four decades ago, Chai said.
Some 60 percent of China's air pollution comes from the burning of coal and petroleum, and the problem is that the coal and petrofuels are mostly of low quality and emission control regulations are lax, Chai said.
The 39-year-old mother, who quit her job at CCTV to start the project in 2014, decided to go through with it after she learned her baby had a tumor while it was still in her womb and had to have an operation after birth, Chai told a Southern Weekly reporter.
Chai said becoming a mother made her feel the need to take responsibility for the future instead of simply worrying about her own life.
China's Environmental Minister Chen Jining said on Sunday he had sent a message to Chai to thank her after he watched the documentary.
The 103-minute documentary is available on YouTube, but only in Mandarin with Chinese subtitles, as of Sunday evening. (By Tsai Su-jung and Kuo Chung-han)