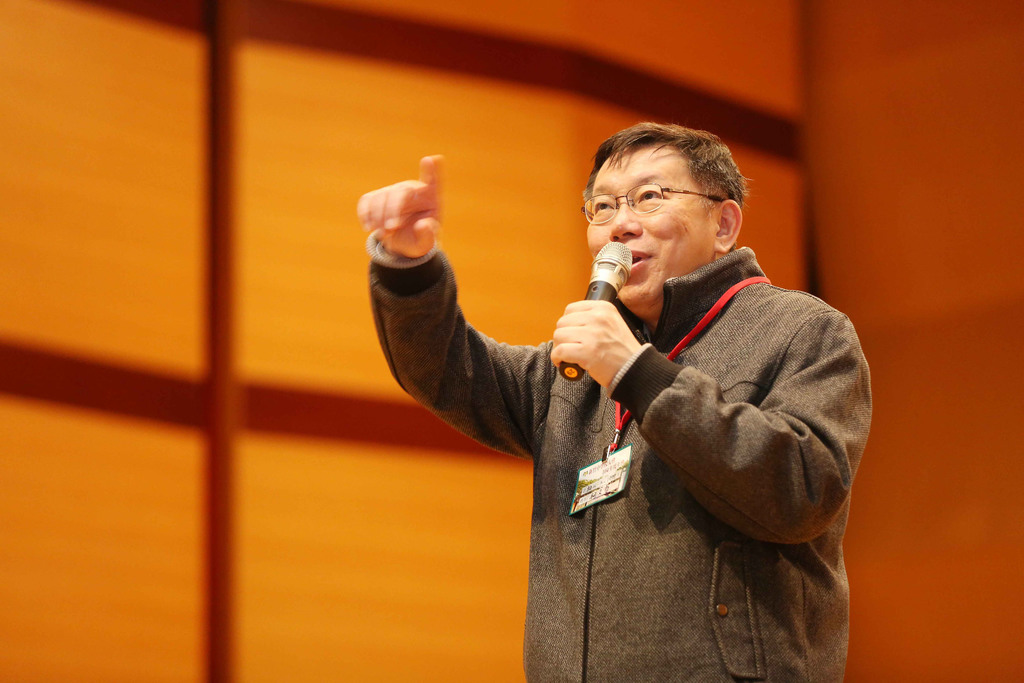 Taipei Mayor Ko Wen-je was in a conciliatory mood Sunday when asked about his opinion of the Tainan City Government’s announcement that it intends to remove all of the statues of Chiang Kai-shek at schools around the city. Ko said that he has no such plans for statues of the generalissimo in Taipei City, saying that “history is history” and that the statues should remain where they are as a tool in helping people to transcend history and be their own masters.

Ko made the remarks during a visit to his high school alma mater in Hsinchu. He was inevitably asked why he had not shaken hands with President Ma Ying-jeou following the ceremonies at 228 Memorial Park in Taipei when Ma shook hands with several other people and then extended his hand toward the mayor. Ko said that he was not deliberately snubbing the president, explaining that the first time Ma approached him he was holding a piece of tissue paper that he had used to wipe away tears during a speech. As for the second time, Ko said he was caught off guard and did not have time to react. He said the next time he meets Ma, he will be ready to shake hands with him.

Ko reminded reporters Sunday that during his speech Saturday he talked about his grandfather, who was arrested during the 228 incident in 1947 and succumbed three years later to injuries resulting from beatings on that day. Ko had to choke back tears several times during his speech, during which he spoke of the unbearable suffering that families like his own suffered at the time.

Earlier on Sunday KMT Legislator Alex Tsai was caustic in his remarks on the ceremonies at 288 Memorial Park. Tsai said sarcastically that if there had been no president Chiang Kai-shek, there would have been no 228 Incident and the families of 228 victims would not have a chance to cry ‘crocodile tears’ now, an apparent reference to Ko’s behavior Saturday.

Later on Sunday Ko responded to Tsai’s comment, saying that it was unnecessary for people to tear down each other. He said Tsai’s words did not particularly upset him and advised other in such situations like his own to "have a good cry, then consign these incidents to history."

Asked his opinion on the question of whether he supports the DPP’s drive to have all statues of Chiang Kai-shek in Taiwan dismantled and removed, Ko reiterated his previous statement that “everyone has a different past, but now we all have a common, shared future”, and there is no need to take actions like clearing away the statues. He stressed that people need to move past such incidents and be their own masters, emphasizing that “history is history” and it should not be revised.

Ko added that while many people would like to destroy the statues, he does not agree. He said we do not like it when others try to impose their way of thinking on us, and we should not attempt to do the same thing to others.