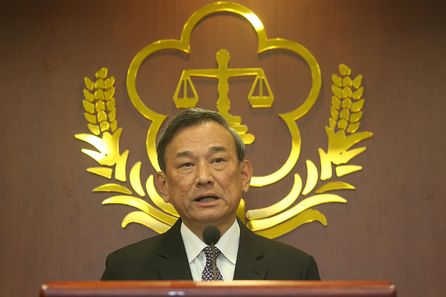 TAIPEI (Taiwan News) – More than 20 officials, including the head of the Agency of Corrections and the warden of Kaohsiung Prison received disciplinary measures, the Ministry of Justice announced Thursday.
On the afternoon of February 11, six inmates took hostages and weapons in a stand-off which ended in the convicts’ suicides the next morning.
The ministry’s Agency of Corrections chief, Wu Hsien-chang, reportedly asked for disciplinary measures against himself, reports said Thursday evening.
Prison warden Chen Shih-chih, who received a major demerit, had initially been proclaimed a hero because he took the place of his deputy, Lai Chen-jung, as a hostage. Lai had also not been among the initial hostages. He was also targeted with a major demerit by the MOJ Thursday evening.
Media reports later revealed that Chen had been seen leaving the scene carrying a firearm, casting doubt on the official version of events. The publication forced the MOJ to say that the whole truth about Chen had not come out yet, reports said.
Earlier this week, the official autopsy report stated that all six inmates had shot themselves, and had not been killed by an “outside force,” meaning snipers posted in the area to keep an eye on developments. The post-mortem analysis showed that each of the six had died by a self-inflicted gunshot to the head. The two left-handed inmates were found holding their gun in their left hand, prosecutors said, rejecting reports that some of the prisoners had first killed the others.
The six had asked to be taken to the prison infirmary together, but once arrived, they produced hidden scissors and tried to escape, but when that failed, they took an official and a man fulfilling his alternative military service hostage.
They also managed to break into the armory and take firearms and bullets in a standoff which would last 14 hours.
Chen was recommended for his handling of the incident, but later more questions were asked about why the inmates had found it so easy to hide sharp implements, take hostages and find the weapons.
The MOJ on Thursday published footage from surveillance cameras in and around the prison.