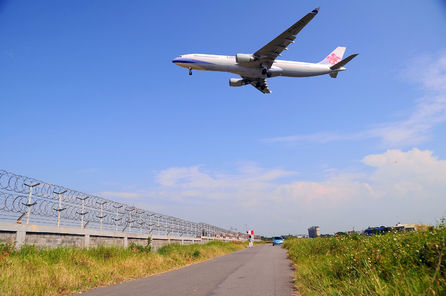 China has unilaterally declared four new flight routes, M503, W121, W122 and W123, which are scheduled to take effect March 5. China says the new corridors are designed to provide relief to overcrowded domestic routes over land, but Taiwan is concerned that they may cause problems for aviation and national security in Taiwan.

Tseng Dar-jen, Deputy Minister for Home Affairs in the Ministry of Transportation and Communications (MOTC), pointed out Thursday that it is not known whether Chinese airlines will begin flying the new routes on that date. Tseng noted that if aircraft from the Chinese side cross the midline of the Taiwan Strait, the ROC military may scramble aircraft to intercept and identify the aircraft and closely monitor their flight paths.

Taiwan’s Civil Aeronautics Authority (CAA) has stated that the fact that China has applied for the routes with the International Civil Aviation Organization (ICAO) and has made an announcement to that effect does not necessarily mean that they will begin using the new routes on March 5. The CAA adds, however, that it would be much better if the two sides were able to reach a consensus on the new routes before they go into operation in order to ensure that they will not have an adverse impact on aviation safety and security on either side of the strait.

China’s unilateral announcement, made January 12, outlined the four new flight routes and said they would become operational by March 5. Of the four routes, the most sensitive is M503, a corridor which follows the midline of the Taiwan Strait at distances approaching as close as 4.2 nautical miles (about 7.8 km).

Tseng said Thursday that China is obliged to implement such procedures in accordance with applicable ICAO provisions, adding that the ROC is a sovereign country and is not subject to the wishes of the Beijing government.

Tseng said that China is well aware that the new routes will affect security in the border area between China and Taiwan. Unfortunately, he added, China often shows no respect for its neighbors and ignores steps like communicating and negotiating with other entities on matters that affect both sides. He noted that such behavior does not conform to established international practice and Taiwan therefore finds the proposed new routes unacceptable as currently delineated. Tseng said the two sides are still in communication over the issue, and if China begins sending airliners on the new routes on March 5, the ROC will pay very close attention to see whether any aircraft venture across the midline of the strait. Should that happen, said Tseng, the ROC will respond by sending military aircraft to warn the pilots of the aircraft that they are intruding on Taiwan’s airspace.

Shen Chi, Director of the CAA, has said that in two previous meetings on the issue of the new routes, negotiators from Taiwan expressed their hopes that China would agree to shift the planned routes to the west, particularly for the M503 route. They stressed that the corridor as outlined by China leaves little ‘wriggle room’ in cases where conditions like inclement weather may force pilots to depart from designated routes.

Flight controllers in Taiwan have said that although China's newly designated routes do not lie in Taiwan’s Air Defense Identification Zone, they approach the midline of the Taiwan Strait and thus affect Taiwan's air defenses. If a flight encounters bad weather and the pilots are forced to leave their flight plan to avoid hazardous thunderstorm cells, the aircraft could easily intrude into Taiwan’s ADIZ and Taiwan's air traffic control would be confronted with unidentified aircraft.

In addition, the other routes proposed, W121, W122 and W123, could present potential conflicts with aviation activity in Taiwan. The new routes intersect routes between the main island of Taiwan and the outlying areas of Kinmen and Matsu. This calls for each side to spell out the heights to be used by its aircraft in order to maintain reasonable separation. The CAA has said that these details need to be worked out in advance to avoid misunderstandings and potentially dangerous situations.