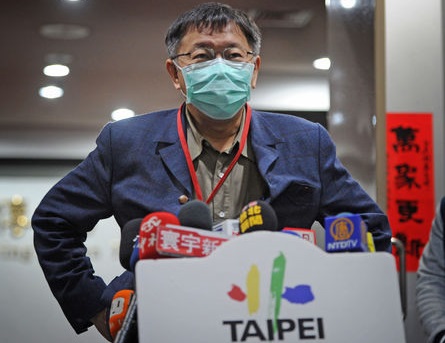 A couple of weeks after Taipei Mayor Ko Wen-je announced that he was economizing at City Hall by putting an end to newspaper subscriptions in many city offices, the former doctor is turning his cost-cutting scalpel to phone bills in city government. Noting that the charges for land line and mobile communications cost the city more than NT$11 million in 2014, Ko said that he had asked the Information Department at National Taiwan University Hospital for assistance in working out ways to save on phone bills.

Ko said the Information Bureau would participate in negotiations with the city government’s various communications providers to eliminate wasteful practices and slim down the monthly charges for calls within the municipal government and with the outside world. Acting Chief Secretary of Taipei City’s Information Bureau Cheng Hsin-yi explained that if improvements can be successfully negotiated the changes might be expected to bring savings of nearly NT$1 million a year.

Information Secretary Lee Wei-bin told reporters that Ko has asked several government agencies to cooperate in establishing a " city communications group" that will work with carriers to save on communications costs. The talks are expected to involve Chunghwa Telecom, Far EasTone, Taiwan Mobile and other service providers for the city..

Hsu Li-ying of the city’s Public Relations office points out that at present more than 6,000 people work at City Hall and there are nearly 4,000 telephone lines, with two or three people sharing extensions. Hsu said the average monthly bill for local telephone calls ranges from NT$600,00 to 700,000, while in January the charge was more than NT$658,000. She said the annual cost of local telephone calls is at least NT$7.2 million.

Taipei City Councilor He Chih-wei said data shows that a conservative estimate of current costs for telephones at City Hall for agency chiefs and deputy chiefs and their secretaries, totaling about 160 people, run to around NT$330,000 a month or nearly NT$4 million a year of public money. That figure does not include long-distance calls and various other communication costs.

A conservative estimate pegs annual telecommunications costs for City Hall at more thanNT$11 million, and the Information Bureau will be looking for arrangements that allow city employees to take advantage of local networks that offer calls at little or no cost or arrangements that allow unlimited calls at low rates. Cheng Hsin-yi said that adjusting billing rates for local calls combined with greater use of calls over the Internet could yield substantial savings in communications costs.

Cheng Hsin-yi expressed confidence in the group’s mission. He claimed that "once one or two operators are convinced to negotiate, other carriers will have little choice but to cooperate.”