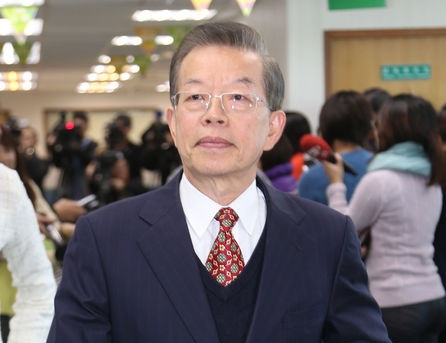 TAIPEI (Taiwan News) – Former Premier Frank Hsieh told reporters Wednesday he was unable to find an electoral district to run for legislator and eventually for legislative speaker.
The Democratic Progressive Party is widely expected to do well in presidential and legislative elections expected on the same day next January.
Mobbed by reporters ahead of a meeting at party headquarters Wednesday, Hsieh shared his problems with the media. “I cannot find a place to run for head of the Legislative Yuan,” he was reported as saying.
Hsieh, who was elected mayor of Kaohsiung City twice, was reportedly planning to run for legislator in the city’s Zuonan District, but at least four present and former city politicians and officials, including former vice mayor Liu Shyh-fang, were reportedly planning to vie for the nomination.
An alternative for Hsieh would be to become a candidate on the party-nominated at-large list, where candidates are elected according to the proportion of the national vote a political party receives.
However, Hsieh told reporters he had already clearly stated that the legislative speaker should stand above the parties and temporarily suspend his party affiliation while not participating in any party activities.
He said that he had preferred the Zuonan District because it was considered a difficult area for the DPP. Hsieh said he had wanted to play the role of pioneer, but this time several party members were vying for the nomination and were also likely to win, so he was not necessary there anymore.
Hsieh has had a long career in politics, ranging from member of the Taipei City Council to legislator, two-term mayor of Kaohsiung City, premier and candidate for mayor of Taipei City.
He also ran for vice president on the DPP ticket in the first direct presidential election in 1996 and for president in 2008, but lost both times.
Separately, the ex-premier expressed approval for DPP Chairwoman Tsai Ing-wen’s plans to communicate with social movements and the new political groups they were forming.
The DPP could not expect to monopolize all political resources but needed to talk more to social activists, which would make it easier for Tsai to run for president, he said.
The DPP is widely expected to nominate its leader as its presidential candidate in April, as her main potential rivals failed to register earlier this month.