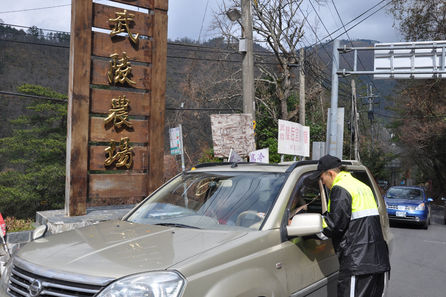 TAIPEI (Taiwan News) – A total of 18 people suffered from an outbreak of norovirus infection at a prominent hotel at Alishan in Chiayi County during last week’s Lunar New Year holiday, officials said Tuesday.
The reports followed news that hundreds of staff and guests at the Hoya Resort Hotel Wuling at another popular resort, the Wuling Farm in Greater Taichung, also suffered from vomiting and diarrhea possibly related to the virus.
The Chao Li Alishan House at Alishan reported 15 members of its staff and three guests showing symptoms of norovirus on February 17-19, reports said.
Initial reports showed that a member of the hotel’s kitchen staff who visited a hospital for high blood pressure on February 17 might have contracted the virus from another patient there and brought it back to the hotel later the same day.
The Chiayi County health authorities said they had received notice of the problem on February 19 and had immediately sent over staff to order the hotel to isolate the infected guests and disinfects rooms, restaurant and kitchen.
After that day, no new reports of suspected norovirus cases emerged from the hotel, while the confirmation that it was indeed the virus came out Tuesday.
At the time of the outbreak, about a thousand guests were staying at the hotel, a spokesperson said.
Alishan is one of Taiwan’s most popular tourism destinations for both domestic and foreign visitors, including large groups of tourists from China.
The Wuling Farm area in Taichung is also popular with travelers seeking cherry blossoms.
There was no indication that the two outbreaks were related, reports said.
Norovirus is highly contagious and transmitted through fecal contamination in food and water, contact between persons and contamination of surfaces. The viral infection is sometimes misdiagnosed as food poisoning, stomach flu or viral gastroenteritis.
The most common symptoms, such as vomiting, diarrhea and nausea, mostly last one or two days, though headaches, stomach cramps and a slight fever sometimes also occur.