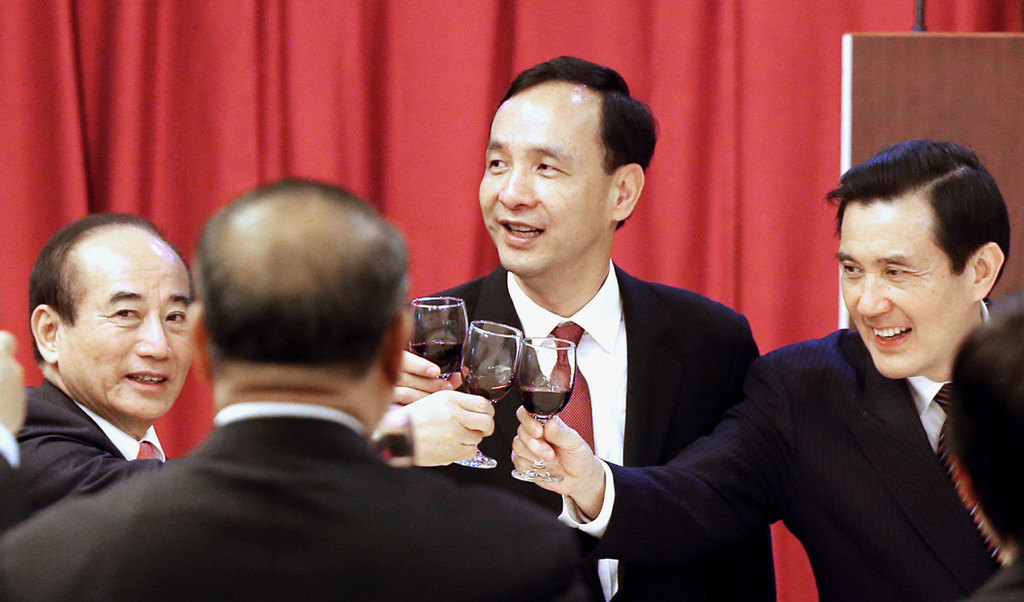 TAIPEI (Taiwan News) – Legislative Speaker Wang Jin-pyng on Tuesday denied growing rumors that he was preparing a bid to become the Kuomintang candidate in the 2016 presidential elections.
Opinion polls have placed KMT Chairman Eric Liluan Chu as the ruling party’s frontrunner, but the New Taipei City mayor has repeatedly said he would not run in the election.
Appearing at the Legislative Yuan’s post-Lunar New Year get-together Tuesday, Wang rejected suggestions from reporters that he would soon announce a presidential bid.
“Of course, that is not accurate,” he said about recent reports. He added that rumors he would launch his campaign in June were also being spread by people with no connections to him and denied he had been spending the holiday thinking about plans to seek higher office.
Wang implored lawmakers to make good use of the remaining two sessions of their current term to cooperate across party lines and promote measures beneficial to the public and to society at large.
The meetings of the Legislative Yuan would be all that occupied his mind in the near future, Wang reportedly said. He told KMT lawmakers there was still one year left to win back the trust of the public. In last November’s local elections, the ruling camp suffered a rout, only holding on to six out of 22 positions of city mayor and county magistrate. The presidential and legislative elections will be held on the same day in early 2016, most likely on January 16.
At the KMT caucus event, Wang shook hands with Chu, President Ma Ying-jeou, and Vice President Wu Den-yih.
While the legislative speaker was often pictured as a Ma critic or even a Ma rival, a full-blown power struggle erupted in September 2013 when prosecutors accused Wang of having illegally used his power to try and influence a legal case in favor of the top opposition lawmaker.
Ma, then still chairman of the KMT, threw his support behind a bid to expel Wang from the party, but the courts repeatedly chose the speaker’s side and prevented his expulsion, which would also have led to his removal from the Legislative Yuan.
After Chu became KMT leader last month, the party reformed its Evaluation and Discipline Committee, with the expectation that the legal campaign against Wang would be dropped.
Ma said Tuesday he was grateful to Wang for his cooperation with the executive branch of government in helping to pass measures through the Legislature.
On the opposition side, Democratic Progressive Party Chairwoman Tsai Ing-wen registered to be the party’s presidential candidate earlier this month and is virtually certain to be selected when a final choice is announced on April 15.