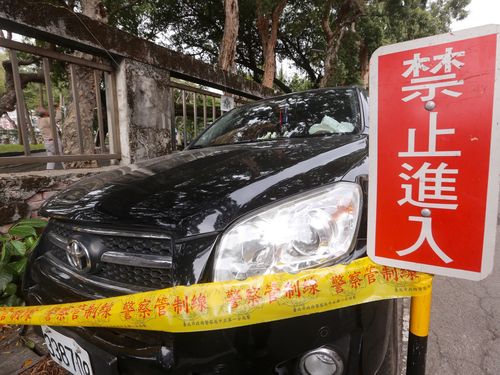 Lin’s car was damaged slightly in the collision but Lin himself was unhurt. He was questioned by police at the Zhongzheng Precinct and released. Police described Lin as a simple person whose work involved ironwork and does a bit of farming at home and has no political aspirations. He reportedly admitted that he had been using a cell phone and lost control of his vehicle.

The Presidential Building is surrounded by a series of barricades put in place after previous deliberate attempts to ram the facility. The four-step system includes a steel-lined flower bed, columns to stop intruding vehicles, a vehicle arrest system, and a "tiger gate" as the last line of defense. Lin’s vehicle was stopped by the first line of defense and there was no damage to other parts of the arresting system.

President Ma Ying-jeou was at his official residence at the time of the crash and was immediately informed of the incident.