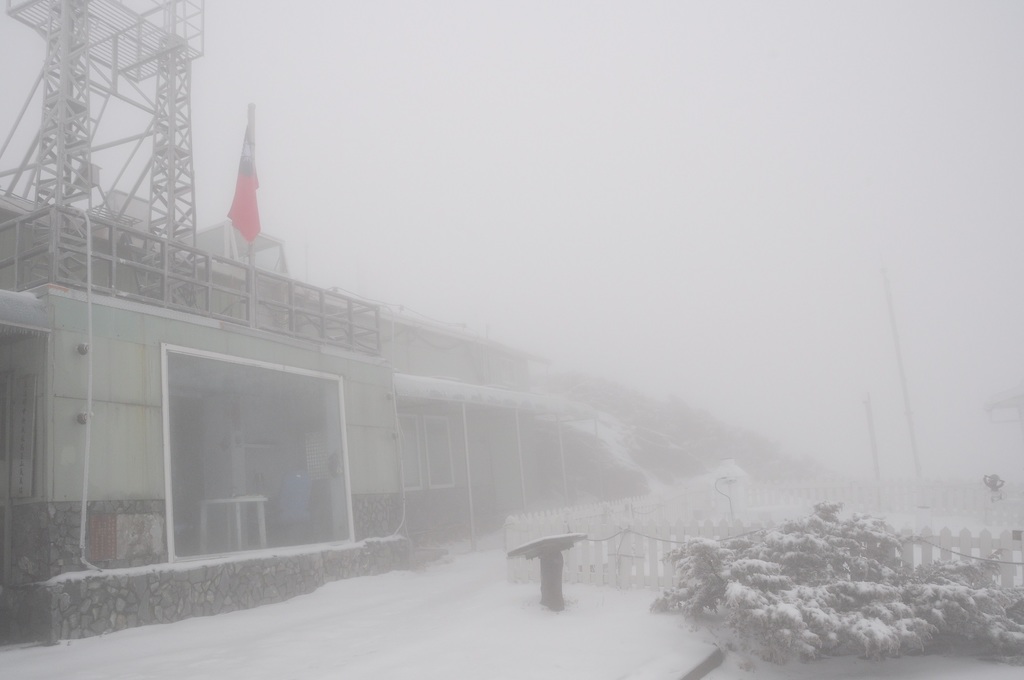 Taipei, Feb. 22 (CNA) Yushan, the highest mountain in Taiwan, saw the first snow of the Goat Year on Saturday night as a cold front brought abundant moisture to the island, the Central Weather Bureau said.
Snow flurries began to fall on the mountain at 7:40 p.m. on Saturday and lasted until 2 a.m. Sunday, leaving an accumulation of up to 3.8 centimeters of snow, the bureau said.
The snow had reduced to 2.5 cm Sunday morning, and chances of more snow are diminishing as the moisture decreases, the bureau said.
From Monday, central, northern and eastern Taiwan and the outlying islands of Penghu, Kinmen and Matsu can expect to see intermittent rainfall, according to the bureau. (By Claudia Liu and Christie Chen)