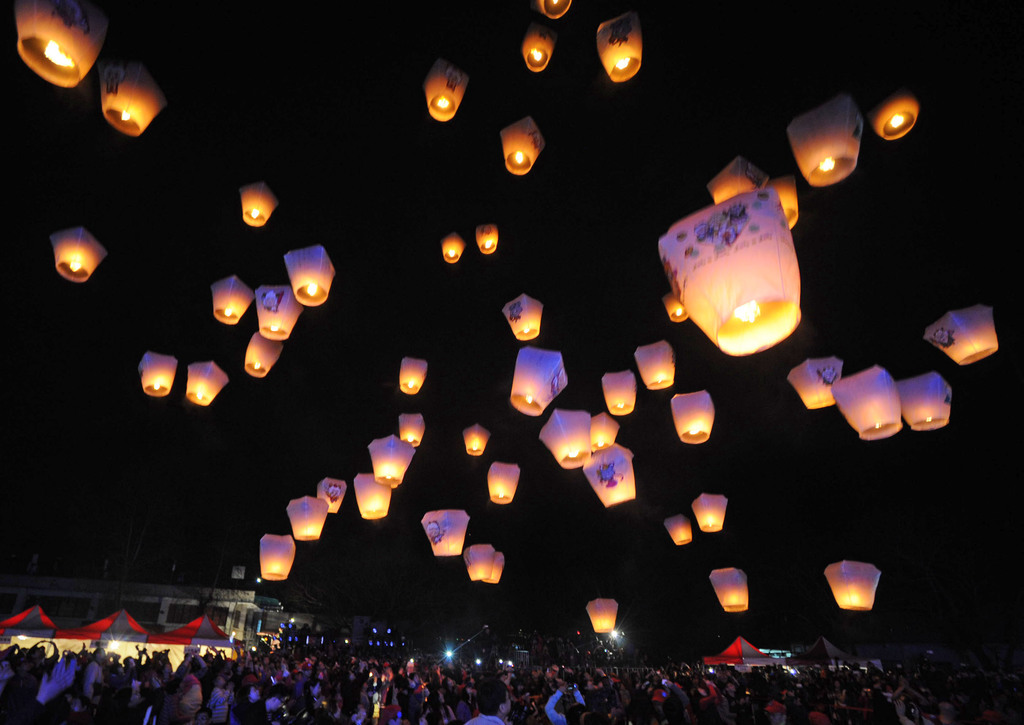 Taipei, Feb. 22 (CNA) An 8-feet-tall lantern featuring traditional goat patterns and cartoon sheep was released into the sky in Pingxi, New Taipei Sunday as part of a time-honored tradition to welcome in the Lunar New Year. The lantern took flight with 60 smaller lanterns written with people's wishes during the Year of the Goat, kicking off the annual sky lantern festival in the rural district.
In the first series of events, 480 four-feet sky lanterns were set to be launched in eight waves later in the day.
Hu Min-shu, a sky lantern artisan who spent two days creating the main display, encouraged visitors to take advantage of the good weather Sunday by coming to Jing Tong Elementary School to see the lanterns.
He also welcomed visitors to enjoy an even bigger sky lantern on Feb. 27, the beginning of a three-day holiday, at Pingxi Junior High School, when a 12-feet hot air balloon-shaped lantern will take off.
The last event of the 2015 Pingxi Sky Lantern Festival, now in its 17th year, will be held in front of the Shifen visitors' center March 5, the date of the Lantern Festival. (By Wang Chao-yu and Scully Hsiao)