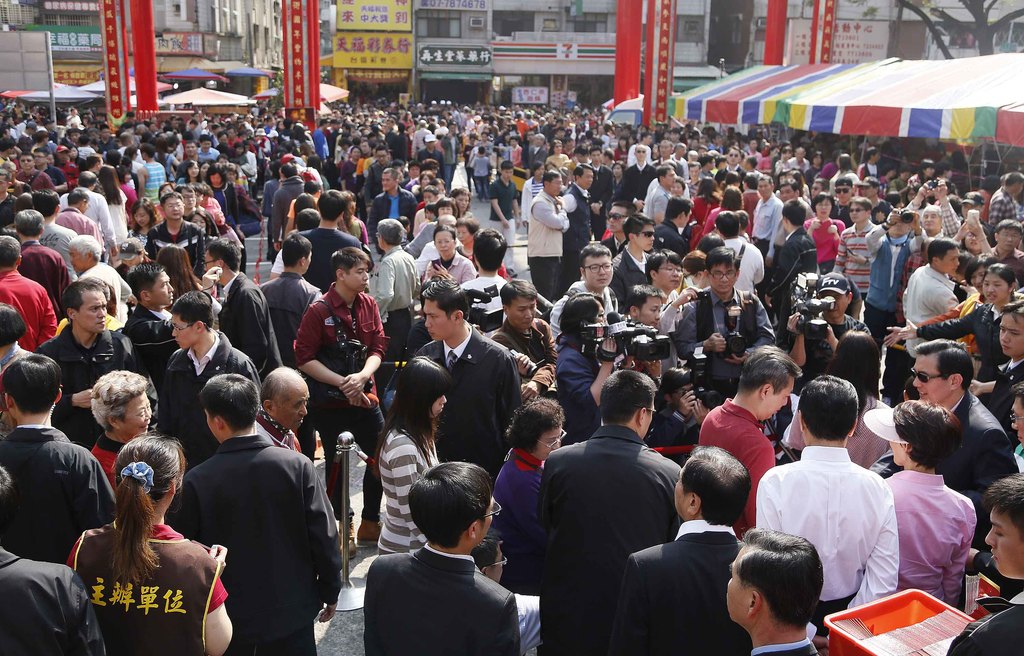 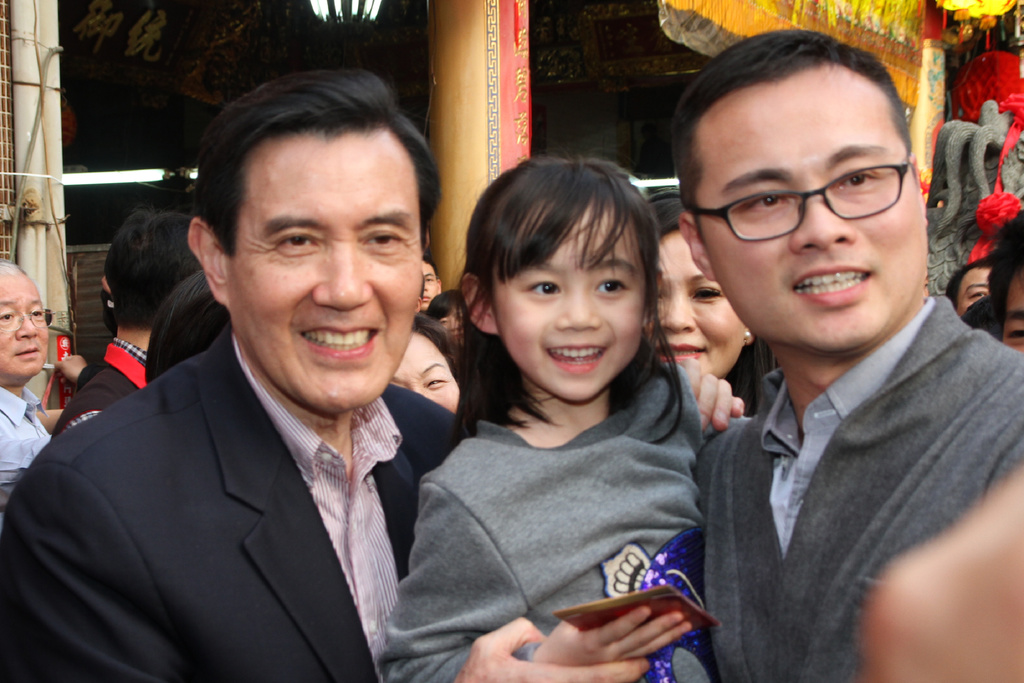 Taipei, Feb. 19 (CNA) President Ma Ying-jeou visited Ci You Temple in Taipei Thursday, wishing the public a happy lunar new year and voicing confidence of a good economy in 2015.
"We have strong confidence that Taiwan's economy will get better this year," he said on the first day of the Year of the Goat, adding that "Taiwan's economy grew 3.74 percent last year, outpacing that of Singapore and South Korea.
The president also gave away red envelopes in the temple, drawing worshippers to wait in line for him to pass on the good luck. He gave away 1,200 red envolops in an hour.
Later the same day, Ma flew to Kaohsiung, where he visited Emperor Guan Temple and Zuoying City God Temple.
Describing Kaohsiung as his second hometown, Ma said he served military serive in Kaohsiung and he loves the city.
Ma's appearance drew an enthusiastic response from worshippers there who quered in line wanting to get a red envelope from the president.
Hailing that Taiwan's economy outperformed that of Singapore, South Korea and Hong Kong last year, he said the central government now provides NT$60 million (US$1.9 billion) in subsidies to Kaohsiung every year -- sixfold the level recorded in the time of the previous government led by former President Chen Shui-bian.
Ma said the central government will again raise the basic wage this year -- the fifth time during his tenure, and he urged companies that have failed to do so to follow suit as quickly as possible.
(By C. C. Hsieh, C.F. Cheng and Flor Wang)