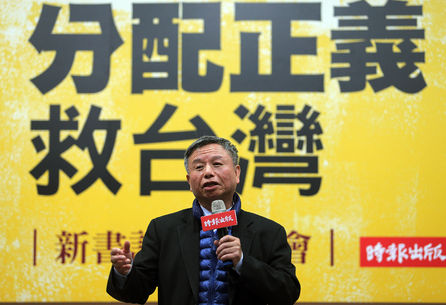 Taipei City Deputy Mayor Deng Chia-chi announced Tuesday that Yang Chih-liang has submitted his resignation from the city’s anti-corruption agency, making him the second person to quit the three-person commission in three days. On Sunday Neil Peng said he was leaving the commission in order to begin preparations for a run for the Legislative Yuan, while Yang explained that his background in medicine made him a mismatch for the tasks he was being asked to do as a member of the commission.

Yang, like Taipei Mayor Ko Wen-je, is a trained physician who served as Minister of Health from 2009 to 2011, resigning after a dispute arose over premium rates in the national health insurance system. He noted in his letter of resignation to Ko that he felt out of place in spearheading the case against FarGlory Construction and its BOT contract to build the “Giant Egg” Taipei Arena. He also said his residence was located far from Taipei City Hall on the east side of the city and the frequent commute was not convenient for him.

Deng said that Mayor Ko has talked with Yang about his desire to resign from the anti-corruption commission and Yang may yet be retained as an adviser to the city in the future. He said that his medical experience makes him more suited to serving in an advisory capacity in instances where medicine or pharmaceuticals are involved.

Asked whether the city government would set up another lottery to find candidates and select a replacement for Yang on the anti-corruption commission, Deng noted that Yang was one of two independent members on the commission, with the third member being a city official. Deng said that Yang’s duties on the commission have already been handed over to someone else and for the moment at least there is no need to seek a replacement.