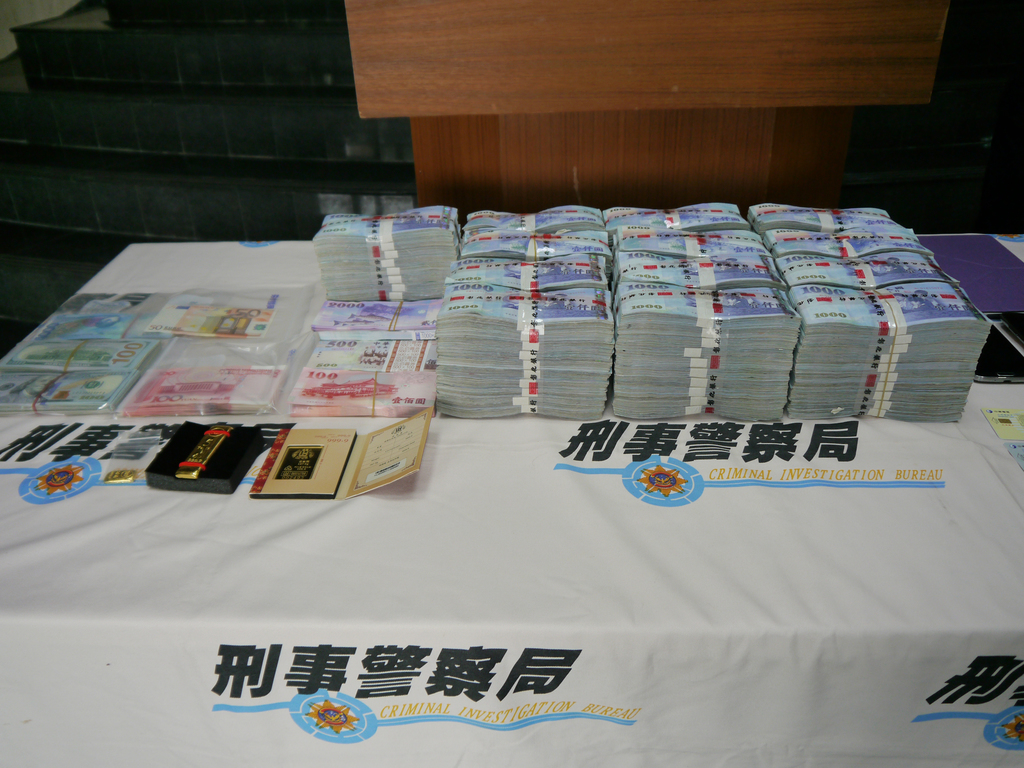 A 38-year-old woman surnamed Shih and a 36-year-old man Hsieh who are believed to have raked in more than NT$1 billion over the past two years through illegal activities were arrested by police in Taichung Tuesday following their return to Taiwan for the Lunar New Year holiday. The two are alleged to have defrauded Chinese living in China, Japan, the US and Canada through connections with a group they established under the name Heavenly Brother. The pair were found with large amounts of cash, gold and imported cars, and police are working to obtain more information on who they have been working with and the methods involved.

Preliminary investigation has revealed that the women took a job in a hotel after graduating from vocational high school. Fraud syndicate members often met at the hotel to discuss their operations, and the woman learned enough to set up her own organization in Taiwan together with her boyfriend. They hired workers to pose as staff in an attorney’s office to defraud victims in mainland China then laundered the profits.

Police have identified and detained numerous couriers and other members of the group, but the woman fled to Japan in May last year, then on to the US at the end of the year. International cooperation by police eventually forced the duo to close down much of their operations, and they were reportedly preparing to shift their base to somewhere in Southeast Asia following the Chinese New Year break.

Taichung police and agents from the Criminal Investigation Division made their move against the couple Tuesday, taking them into custody along with NT$15 million in cash, 11 tael (about 400g) of gold, foreign currency worth about NT$2.5 million and several imported cars.

Police said the two had managed to squander most of their gains from their illicit operations on imported cars, luxury residences and luxury hotels, dining in exclusive restaurants and paying their way in cash wherever they went.