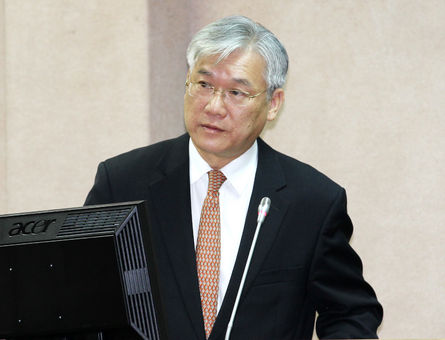 TAIPEI (Taiwan News) – Defense Vice Minister Andrew Hsia is the most likely candidate to become Mainland Affairs Council minister, reports said Wednesday.
Minister Wang Yu-chi resigned Tuesday after prosecutors announced they were not prosecuting his former deputy, Chang Hsien-yao, for allegedly leaking confidential information to China. Wang disagreed with the prosecutors’ decision, saying there was evidence Chang had passed information via a Taiwanese investor in China to the authorities there just before cross-straits negotiations on the same issue.
Hsia, who has wide diplomatic experience, having served as Taiwan’s representative in New York and India and as vice foreign minister, had been interviewed by President Ma Ying-jeou about the MAC leadership, according to the Chinese-language United Daily News website.
However, the paper also pointed out that Hsia had been involved in controversies.
After the Ministry of Foreign Affairs announced during the 2009 Typhoon Morakot disaster that Taiwan would not accept foreign assistance, he was transferred to Indonesia, the paper said.
In addition, he came under fire for inviting relatives to dinner who held positions in the Chinese Communist Party and in the People’s Liberation Army. One relative, surnamed Shen, was a party official at a local government food and medicine department in the province of Yunnan while the man’s wife had links with a missile unit in the PLA, according to the United Daily News.
The issue was extremely sensitive since the dinner happened around the time Hsia was taking up his new position at the Ministry of National Defense. He argued that he had been invited by his family members in Taiwan who had organized the dinner for a group of seven visitors from China, including his distant relatives. He also denied that the woman in the group held a military function.
Meanwhile, inside the Kuomintang, former Straits Exchange Foundation Secretary-General Kao Koong-lian was reportedly named to head the ruling party’s department in charge of Chinese affairs.
Media interpreted the personnel move as a sign that KMT Chairman Eric Liluan Chu, who took over the leadership last January 19, might be preparing for a summit meeting with CCP leader and Chinese President Xi Jinping. If he did, he would be the third KMT chairman to meet with his communist counterpart, after current honorary chairmen Lien Chan and Wu Po-hsiung.
The likely postponement of a regular KMT-CCP forum to April or even to June might point in the same direction, with Chu possibly planning to turn up in person at the event.