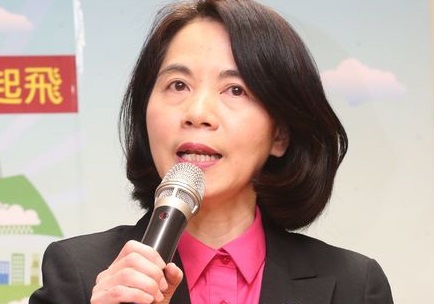 TAIPEI (Taiwan News) – Taipei City Mayor Ko Wen-je announced the choice of National Chengchi University public finance professor Chou Li-fang as his third deputy mayor Wednesday.
Ever since taking office last December 25, Ko had been searching for a prominent woman to serve in the position. He picked former New Party politician Teng Chia-chi as his first deputy mayor and former Tainan Vice Mayor Lin Chin-jung as his second.
Chou’s main tasks will focus on the 2017 World University Games or Universiade, the 2016 Design Capital event, and on issues related to the departments of education, culture and sports.
Ko told reporters he had recruited candidates for the job online, with votes by city department commissioners and mayoral aides determining the outcome. Following interviews with her, he and his government had come to the conclusion that Chou was the most suitable contender for the position, and that she could fit in well with other members of the team.
The mayor praised her for her management capabilities, adding she would also be good at relating to the media and to elected politicians.
Chou graduated from the department of economics at National Taiwan University and holds a Ph.D. in finance from the University of Kiel in Germany. She served as deputy director of the Bureau of National Health Insurance before pursuing an academic career which took her to the top of the department of finance at National Chengchi University.
She lost a bid last October to become president of the prestigious university in Taipei City’s Wenshan District.
Ko was also still searching for an executive director for the Universiade, but he said the choice would be finalized within the next few days.
The mayor had a hard time finding a suitable woman to fill the position of third vice mayor. Ogilvy and Mather Greater China CEO Shenan Chuang was mentioned as his favorite choice, but after a long time as the designated frontrunner, she unexpectedly turned down Ko’s invitation. Media reports also mentioned Continental Engineering Corporation Chairwoman Nita Ing and former Kaohsiung Vice Mayor Liu Shyh-fang as potential choices.