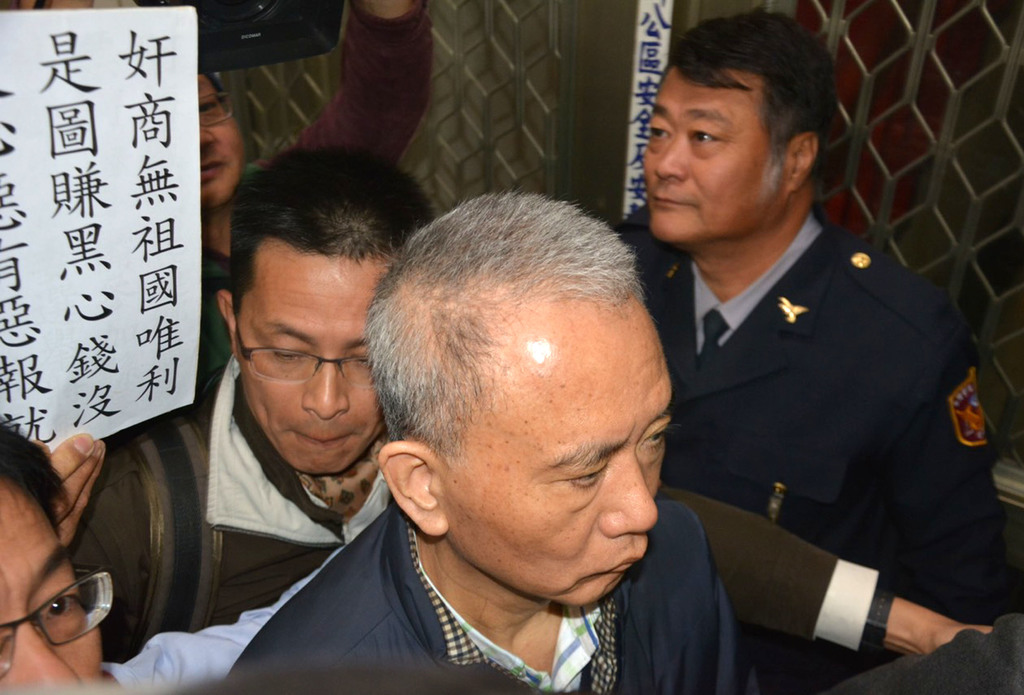 TAIPEI (Taiwan News) – The Changhua District Court confirmed Ting Hsin International key executive Wei Ying-chung’s release on bail of NT$300 million (US$9.5 million) at its third hearing on the case Tuesday following a renewed appeal by prosecutors.
Last week, the court raised his original bail to NT$300 million from NT$100 million (US$3.17 million) after a first appeal from prosecutors.
Wei was in charge of three Ting Hsin affiliates at the center of a series of food scandals. He resigned from his positions after the issues became public last September, but the group is run by him and his three brothers.
Ting Hsin stands accused of having imported animal feed-grade oil from Vietnam and used it in its own products, passing them off as fit for human consumption.
After hours of debates with Wei, his attorneys and prosecutors arguing their case, the judges withdrew and reportedly spent an additional two hours preparing their ruling, which they issued around 8:30 p.m.
The two previous bail decisions, which were described as allowing Wei to pass the upcoming Lunar New Year holiday at his luxury residence in Taipei, were widely condemned.
Each time the tycoon received bail, prosecutors appealed with the High Court in Taichung, saying Wei should not be allowed out of detention because he might collude with other suspects and witnesses who had not been interviewed yet or even escape overseas, considering his and his family’s vast assets in China and other countries. They also said some evidence had been destroyed.
The High Court agreed each time and sent the bail issue back to the Changhua District Court.
Before the outcome was known Tuesday evening, Wei’s attorneys reportedly said they were ready in case the court raised the amount of bail again, but they were confident there was no evidence that the tycoon was planning to escape, so the judges would rule in favor of bail.
The court session also confirmed bail of NT$5 million (US$158,000) each for three other defendants, former Ting Hsin Oil and Fat Industrial Co. Acting Chairman Chen Mao-chia, ex-General Manager Chang Mei-feng and Yang Chen-yi, the owner of Dai Hanh Phuc Co., the Vietnamese company which supplied Ting Hsin with the problematic oil.
The men will also be barred from moving house or leaving the country and will have to continue reporting to a police station on a daily basis.
Wei maintains he was not aware of what company managers lower down the ranks were up to and that he was just following their recommendations when the company continued to purchase the low-quality oil.
A separate investigation is proceeding into allegations by talk show personalities about illegal payments by Ting Hsin to President Ma Ying-jeou, which the latter strongly denies.